People Power to the Polls: With Texas voting surge, the outcome of the election may come down to the Rio Grande Valley

High-potential voters are mobilizing during the final week of Get Out The Vote.

As record-breaking Early Vote numbers draw the nation’s eyes to Texas, the outcome of the election may come down to the Rio Grande Valley. This region hosts some of the communities that have been most heavily impacted by the Trump Administration’s anti-immigrant policies and by the state’s coronavirus pandemic. It also had some of the lowest voter turnout rates among major counties in the 2016 election. With 9 days until the election, signs are emerging that Rio Grande Valley residents are striking back against Covid and the inequalities that fueled its rapid spread here. Early Vote has seen record turnout in Texas counties with some of the state’s highest rates of Covid, and residents from all walks of life are engaging and voting for the first time.

La Unión del Pueblo Entero’s Get Out The Vote campaign is mobilizing these high-potential voters during a week of action from October 28 through Election Day. The week will feature an early vote caravan, poll monitoring, Halloween-themed carros alegóricos, a Día de los Muertos altar, and more. Rio Grande Valley residents with diverse backgrounds and immigration statuses helping drive the region’s record-breaking early turnout will participate in the events throughout the week and will be available for interview. 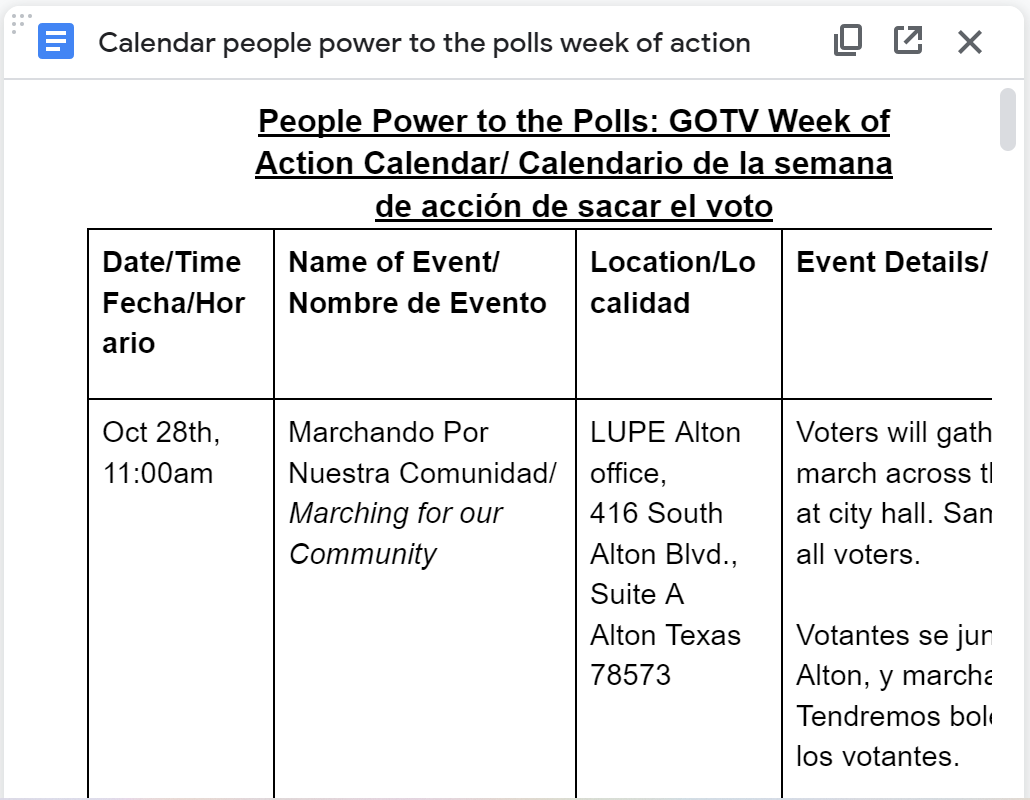 LUPE is organizing colonia residents, new Citizens, new voters, and other high-potential voters across South Texas to shift the balance of power this November. By showing up and voting, we win protections for DACA, defend our community from border walls, and open new avenues for investing in healthcare for all, streetlights and flooding protections, fair and just immigration processes, and dignified wages.