Barbecuing with your friends should not be a death sentence
By LUPE, November 17, 2020 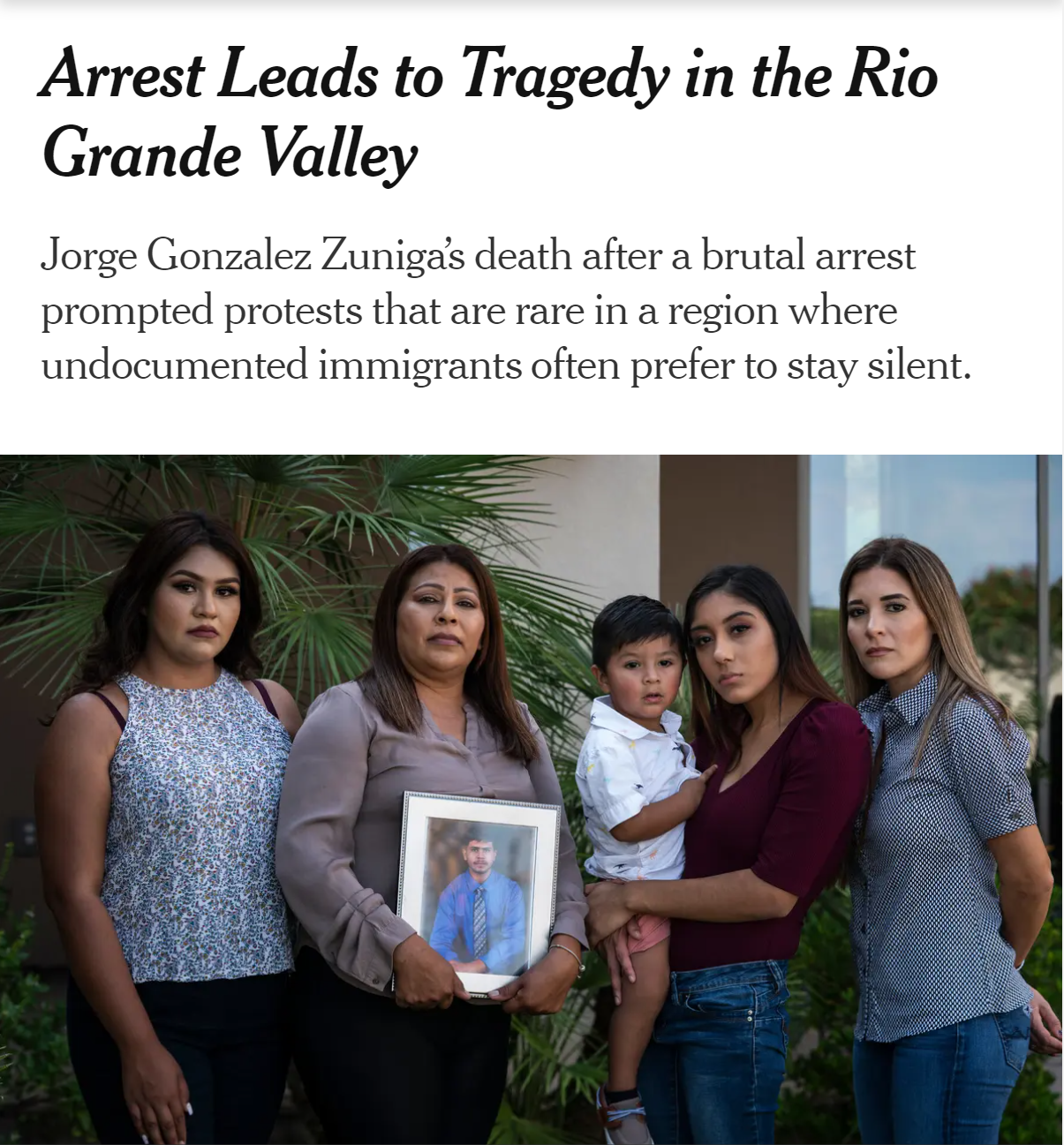 In the border region, undocumented immigrants who are victims of injustice often choose to stay silent. But Black Lives Matter protests in the Rio Grande Valley and across the nation inspired Jorge's family to speak out.

Lying in his bed, paralyzed from the neck down, Jorge’s sister showed him the video of George Floyd’s murder by police.

“They did that to me,” Jorge told her, through tears.

Jorge and his wife had attended an Easter barbecue at a friend’s trailer in rural Hidalgo County. They stayed late and fell asleep.

Hidalgo County Sheriff's Department deputies arrived enforcing the county stay-at-home order. They woke him up, tripped him, tased him, and knelt on his neck, breaking it.

The young undocumented farmworker died three months later from complications from the injuries.

Jorge’s family saw the Rio Grande Valley take to the streets to protest George Floyd’s murder. They called LUPE, where Jorge and his sister were members. Together with Divest/Invest RGV, we mobilized to protest Jorge’s murder.

Read the story in the New York Times. And then take action to help Jorge’s family find justice.

We protested George Floyd’s murder because we know that no lives truly matter until Black lives matter. Jorge's family saw the protests and knew that the people who believe Black Lives Matter would see that Jorge's life mattered, too.

Let’s be clear: this happened because Jorge’s life did not matter to those deputies or the Sheriff’s Department they represent. Here in the RGV–where 85% of us are Mexican or Latinx–it’s the poor, rural neighborhoods that are neglected and abused more than anywhere else. This would have never happened in the country clubs and gated subdivisions.

Our solidarity with Jorge's family is just getting started. Join the fight for #JusticeForJorge. Sign the petition: lupenet.org/justiceforjorgesign