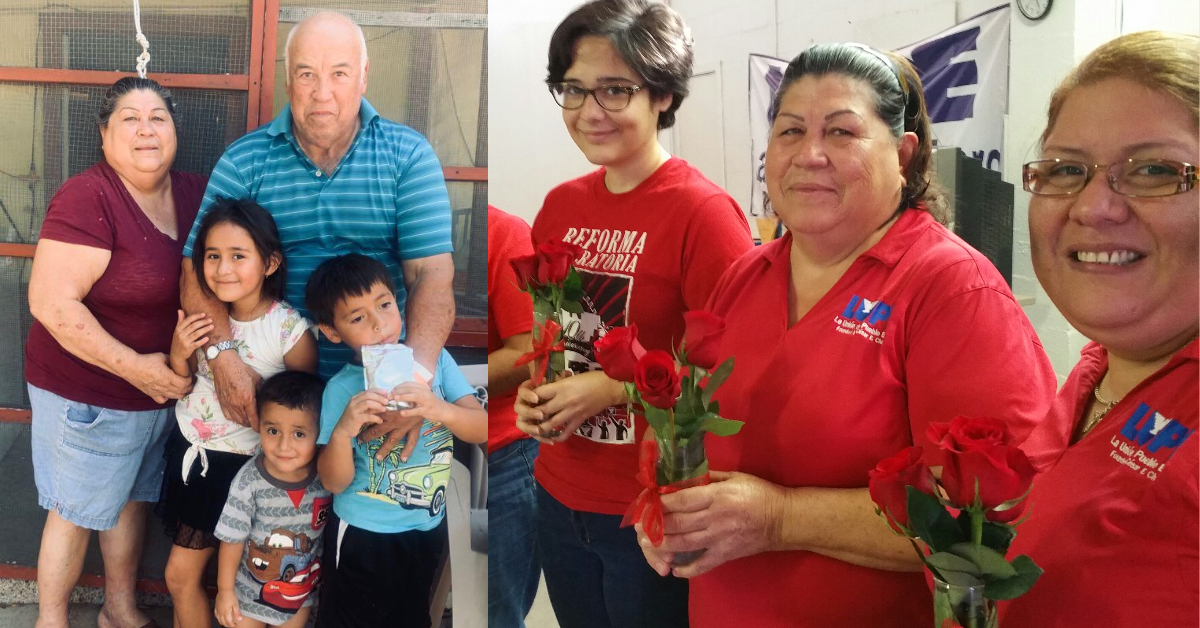 Guadalupe “Lupita” Alanís and her husband José Luis celebrated their 50th wedding anniversary on Aug. 23, while interned as COVID-19 patients at McAllen Medical Center. They could not be together, because of virus-related protocols, but José Luis asked his children to play the song “Mi Linda Esposa” to his wife to celebrate their 50-year commitment to each other.

The children did so, and the next day, their father José Luis died. One week later, Lupita died. Both at McAllen Medical Center, and both as a result of COVID-19.

Through a Zoom interview conducted by the Museum of South Texas History, five Alanís children shared stories of how they bore witness to their parents' lives. Katya and brother Antonio called in from McAllen, Patricia from Monterrey, Carlos from Lufkin and Jonathan from Pueblo, Colorado. They told stories of harrowing adventures, but also revealed the deep love and affection their parents had for family — and for a country that gave them a new shot at life.

Born in Monterrey, Nuevo Leon, on Sept. 14, 1948, José Luis first ventured into the United States as a young man, in search of work, and seeking an opportunity to bring his family. He found a job at Pilgrim’s Pride, a chicken producing company in Nacogdoches, Texas. He earned enough money to buy a truck, a 1982 white F-150. That truck would transport his wife and children from the edges of the Rio Grande to Nacogdoches.

On a fateful day in July 1992, Lupita, who was born May 21, 1951, in Monterrey, crossed the Rio Grande with her young children in tow, but with a significant assist from 18-year-old son Carlos, who came on the dangerous journey to help his mother and younger siblings.

“I came because my mother needed my help to get across the river and to walk through dangerous terrain, at least until my father’s white truck would pick us up,” Carlos recalls. “It’s also a good thing a friendly state trooper treated us with respect and dignity. Si no, we would've been sent back.”

“My plan was to head back to Mexico after my family got to Nacogdoches. But I then got a job, and when I saw the amount on my first check, I thought, I ain’t going back to Mexico,” Carlos said.

Lupita and José Luis became devoted to their new country. When Jonathan finished high school, he wanted to join the military, but he wasn't sure if his parents would approve.

“My father said, ‘Son, you have our support,’” Jonathan said. “And to this day, the military is part of my life.”

When the couple eventually made its way to South Texas, Lupita found a job with La Unión del Pueblo Entero, a San Juan based organization that employed her for eight years. The organization also offered citizenship classes.

“Lupita enrolled in my classes because she wanted to become a United States citizen,” said citizenship class teacher Miguel Venegas, who also bore close witness to Lupita’s interest in becoming a citizen.

“She was a committed student,” Miguel said. “She passed her test in 2018. She was very proud of that. We all were.”

“My parents were luchones,” Carlos said. “They worked hard and fought hard so their children and grandchildren could have good lives.”

During the pandemic of 2020, COVID-19 took two good people who loved each and their family deeply, and who became devoted to their new homeland.

“Couple wed for 50 years succumbs to COVID; lived American dream” was first published in The Monitor newspaper on November 16, 2020. Francisco Guajardo, chief executive officer for the Museum of South Texas History at 200 N. Closner Blvd. in Edinburg, authored this story as part of an ongoing series entitled Bearing Witness. The Museum's effort aims to document some of the Rio Grande Valley lives lost toCOVID-19. For more information about the museum, visit MOSTHistory.org

LUPE INVITES YOU TO WELCOME OUR NEW EXECUTIVE DIRECTOR