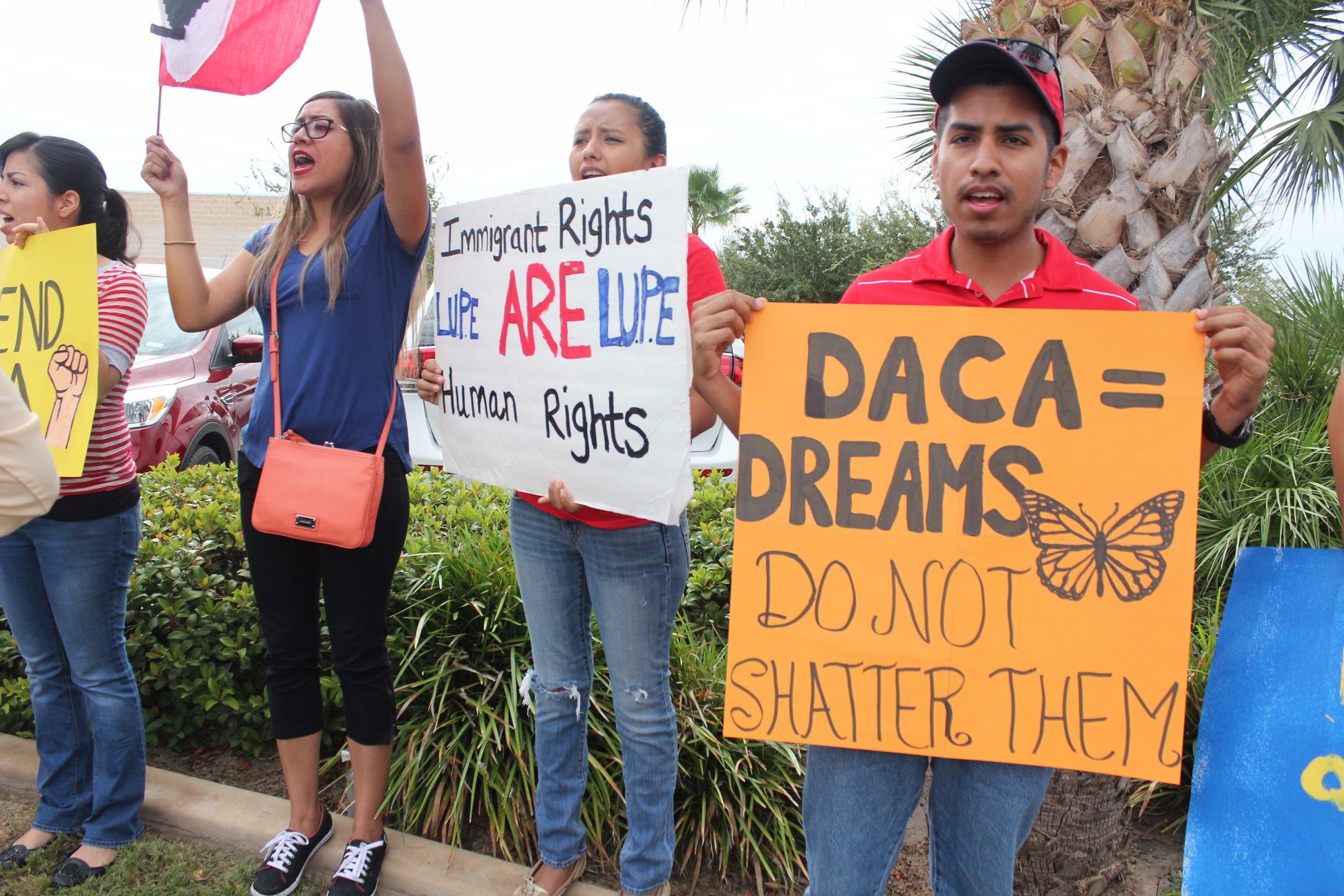 SAN JUAN, TX – Today, in an attack led by power-hungry Texas Governor Greg Abbott and Texas Attorney General Ken Paxton, a federal judge in Texas ruled to “vacate” the Department of Homeland Security’s memo that established the Deferred Action for Childhood Arrivals (DACA) program, putting a partial end to it. Judge Andrew Hanen ruled that no new DACA applications will be granted as of today, but that USCIS can continue to process renewals for current DACA recipients for now.

1 in 5 DACA recipients lives in the borderlands, and we are all the better for it. DACA recipients and immigrants play an essential role providing for the needs of communities on both sides of the border. And in the face of border militarization and criminalization, immigrants have created opportunities to thrive here. But power-hungry politicians like Governor Greg Abbott, who led the charge to end DACA, have kept our immigrant neighbors and family vulnerable to political and economic exploitation.

It is far past time Congress does right by undocumented immigrants. Rio Grande Valley Members of Congress must have courage and act boldly. Their inaction leaves immigrant youth, TPS holders, farmworkers and essential workers vulnerable to attacks from Governor Abbott and other power-hungry politicians. Our congressmen cannot come home for August recess without delivering a path to Citizenship for undocumented people. Literally right now, Congress has the avenue they need in the budget reconciliation process. RGV Members of Congress, you have the path and no excuses. Immigrant youth won DACA and will not stop fighting until all people without documents can live free and thrive.