A letter from our executive director, Juanita Valdez-Cox
By LUPE, October 27, 2021 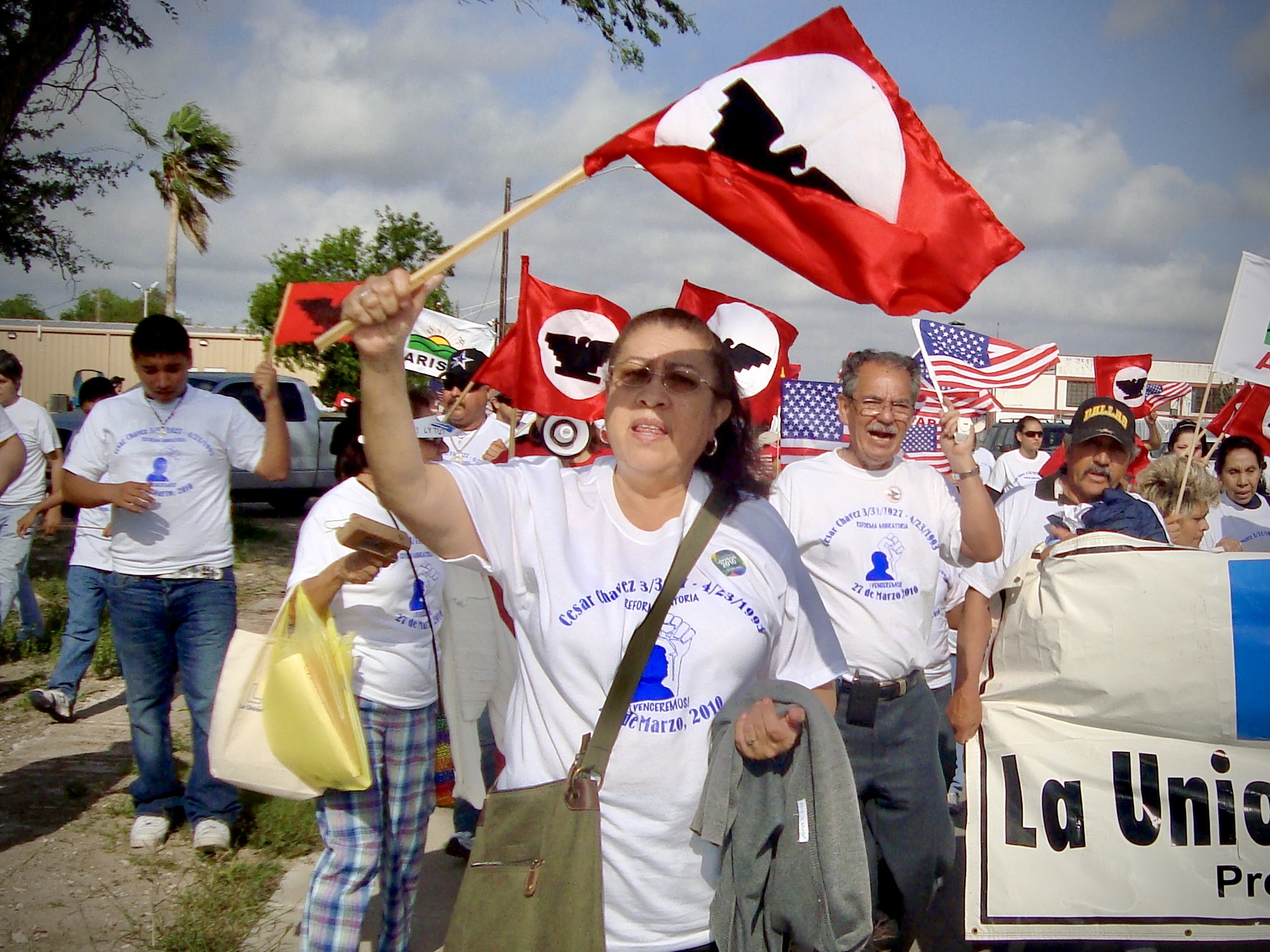 Over 35 years ago, I joined the United Farm Workers as a volunteer at the same San Juan office that now serves as the main LUPE office. I owe the time here first to the United Farm Workers and then to La Union del Pueblo Entero, and to so many whose efforts and skills have transformed this organization to the place it is now. LUPE now has offices in three counties.

It has a strong base of dedicated leaders, more than 8,000 members, and it has a core group of young leaders ready to change this Valley into a place of respect where all can thrive and build a life where opportunities exist for all.

As a former migrant farmworker, the issues that my family and I experienced while working in the fields left many painful memories of the harsh working conditions, the low pay, and the disrespect of our skilled labor.

Over the years, we traveled all over the country to tend and harvest the crops that fed this nation. And everywhere we went, we encountered the same disrespect for farm workers, whether we were working here in the Rio Grande Valley or in any northern states. I decided early on that I wanted to be part of this Union of farmworkers, to help change the oppressive conditions in the fields faced by people like my Mom and Dad and thousands of others.

As a volunteer organizer, I was honored by the opportunity to work and learn from many great people who came through the Union. From Cesar Chavez and Dolores Huerta to Rebecca Flores, Maria Gomez and Zulema Hernandez, to the thousands of farmworkers who built this Movement, every single one of them gave their time and efforts to bring about positive change in the lives of farmworkers. Their teachings and examples of sharing the work, their sacrifices, their dedication, and perseverance helped me accept that it was going to be difficult but that together we would make many of the needed changes.

I was honored to help lead the organization through victories of the changes that were needed. Together, we won a streetlights program for Hidalgo County colonias. Hundreds of residents now walk safer streets thanks to the program. Thanks to our organizing, and our collaboration with the partnerships of the other non-profits in the valley, the City of McAllen abandoned its plans to build a 1000-bed private prison that would have incarcerated immigrants for profit. Together we won $14 million for drainage improvements in Hidalgo County colonias. Together we pushed Hidalgo County to strengthen flooding protections for colonia residents by updating rules colonia developers must abide by. We pushed Hidalgo County to provide Spanish language interpretation at County Commissioner’s Court. Now colonia residents can more fully participate in the decisions that impact their lives. And much more.

Cesar famously said, “Once social change begins, it cannot be reversed. We have seen the future, and the future is ours.” The social changes initiated by the Farmworker Movement and continued by La Union del Pueblo Entero during my tenure at LUPE are here for good. A union of the entire community won these victories. And with each one, LUPE members gained more confidence in themselves and their ability to create lasting social change.

I am eternally grateful to you who have been part of this fantastic journey: To past and present staff members, LUPE leaders, our Board members, and Advisory Council.

I want to express my heartfelt appreciation to LUPE donors and the many foundations who supported our work, and a huge thanks to the partners of the many non-profit organizations who have worked alongside us throughout the years.

La Unión del Pueblo Entero (LUPE) is officially searching for a new executive director to continue leading this great organization. To learn more about the position and instructions on how to apply, please visit lupenet.org/jobs.

As we step into our next chapter, guided by the same principles and strategies that Cesar and Dolores used to build the UFW, LUPE will continue to grow what is possible for our members and their families and expand upon how LUPE can work with them to build better lives. I ask for your continued support and dedication to the organization. LUPE will remain in good hands, because those hands include yours.

With gratitude for allowing me to serve this amazing community,