What asparagus taught me about not giving up
By Sergio Trevino, December 27, 2021 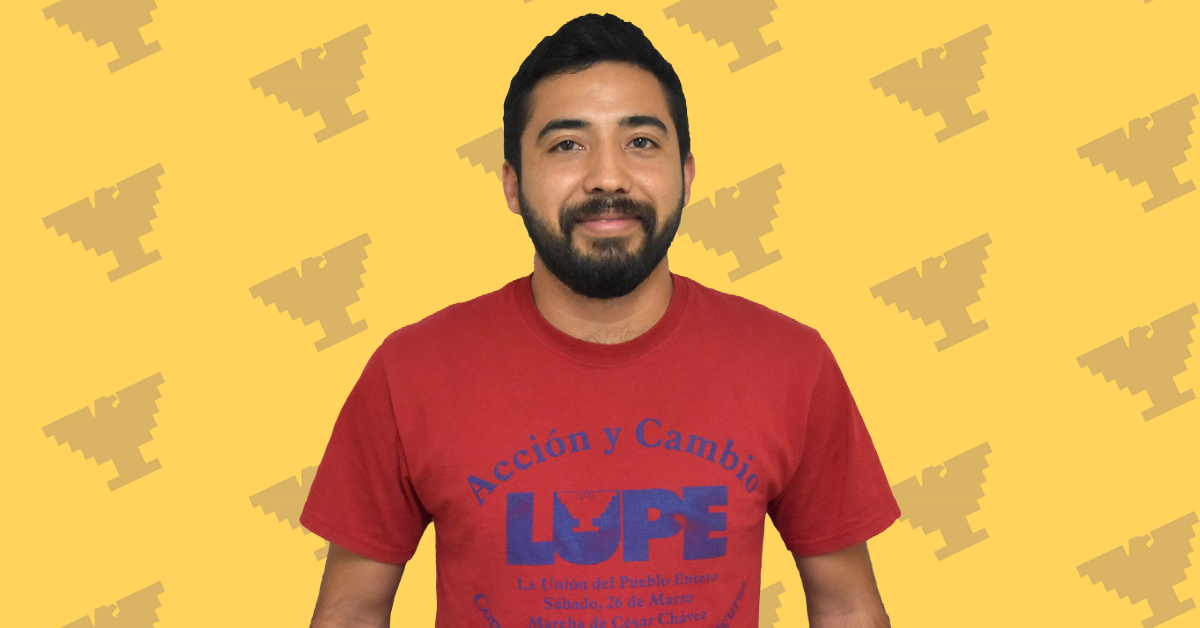 I'm fighting for an inclusive world. Join me.

My name is Sergio and I’m LUPE’s digital organizer.

I grew up as a migrant farmer. My family moved with the seasons harvesting asparagus and cucumbers in Wisconsin and Washington state.

I can still remember it. Waking up before sunrise. Swimming through the morning mist. Staring at the sky wishing for clouds to shield us from the brutal sun because I felt like the sun was cooking us alive.

There, in the schools up north, is where I experienced discrimination for the first time.

This is where I was asked to volunteer in the kitchen along with the other “Spanish” kids to serve lunch to the white kids.

Where I was put in Spanish-only classes with 20 kids of all different grade levels and only one teacher.

Where it made me feel like I wasn't good enough. Like I was less-than because of my language and where my parents were from.

I can’t tell you how many times I wished I could just stay in bed, asking myself, “What's the point?” I felt like just giving up and staying stuck in that unjust world.

But it was out in those asparagus and cucumber fields that I found out who I was. Even though I didn’t always plant the seeds, when I harvested those crops I experienced the fruits of my labor.

And I realized that I was the fruit of my parents’ labor. My parents did everything to give me what they couldn’t have. Even endure racism and discrimination.

Since then, I’ve decided that no one should stay stuck in a world where they are made to feel less-than. I have dedicated some of my life’s work to making sure that everyone has access to resources and tools that allow all of us to thrive.

As LUPE’s digital organizer, I join with LUPE members to push for that better world.

I stood with our members as we shut down Governor Abbott’s scheme to declare immigrants at the border a disaster in the Rio Grande Valley.

I fought alongside our members when we got developers to provide low-income neighborhoods with flooding protections and streetlights.

And I fight with them as we push for justice and citizenship for the 11 million undocumented persons living in this country.

I’m pushing toward an inclusive world where people don’t feel less-than because of their name or where they came from.

I invite you to become a LUPE member and join us as we fight for that world.