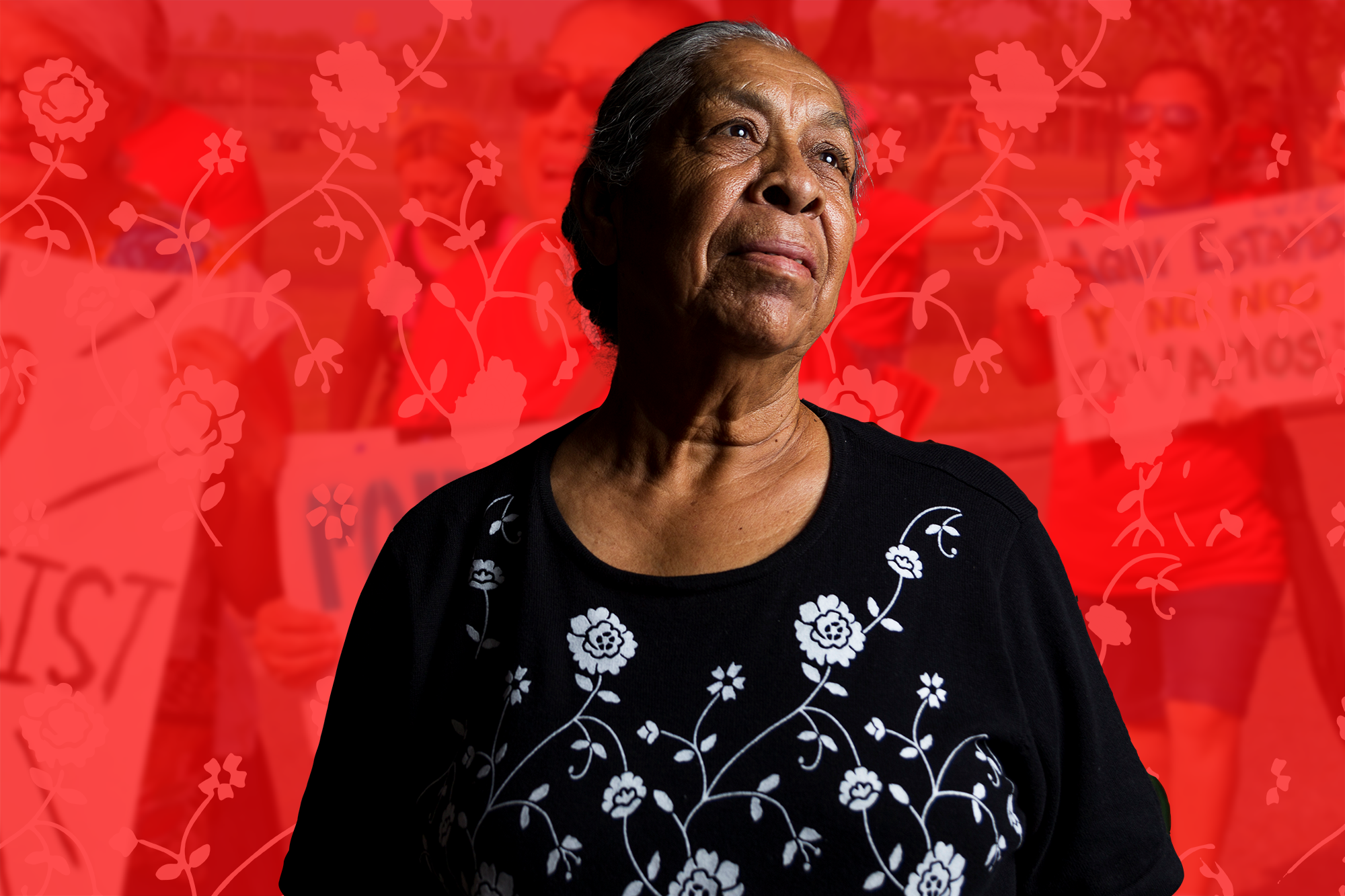 Maria's story shows us how.

But you know what? We have changed the world before. And we can do it again. Make a contribution to our annual Cesar Chavez Caravan. Your donation will help us cover much needed supplies to make it a success.

Maria was hunched over onion furrows when she heard about the strike. It was the onion harvest of 1977. Maria was in the fields, working alongside her husband, siblings, and small children.

For 14 years she had worked the harvests of the Rio Grande Valley. Fourteen years of long hours for low wages. No drinking water. No bathrooms. She remembers how other women would hold out their skirts to give her privacy while she relieved herself in the fields. On top of that, she worked in fear of immigration officials. She was a U.S. citizen but her parents were undocumented.

She had heard about the farmworker union a few years earlier. And word spread of small, spontaneous strikes up and down the Rio Grande Valley.

Then, the strike came to her.

In the middle of the fields, while workers put down their tools and walked out, she had to make a choice. Continue to accept poverty wages, demeaning work conditions and a life of fear? Or risk her family’s livelihood and join together with her fellow workers for the possibility of something better?

She made her choice: “El miedo que se lo lleve el viento,” she recalls saying. May fear be carried away by the wind. She took her kids and joined the strike.

Over the course of the next decade, Maria and Texas farmworkers won drinking water, restrooms, higher wages and a whole slew of protections for farmworker.

Maria and thousands of Texans like her changed the world of farmworkers in Texas. Maria made the choice to join together with other people who made their own choice to overcome fear and hopelessness. The product of our collective choices changes the world—if we choose to unite across differences and take action together.

Are you feeling hopeful? If you’re with us, join LUPE members in solidarity during our annual Cesar Chavez celebration on March 26. Donate toward LUPE’s Cesar Chavez Caravan today.