Immigrant Parents In The Valley Have A New Ally In Their Battle To Give Their Families The Healthcare They Need
By LUPE, May 12, 2022 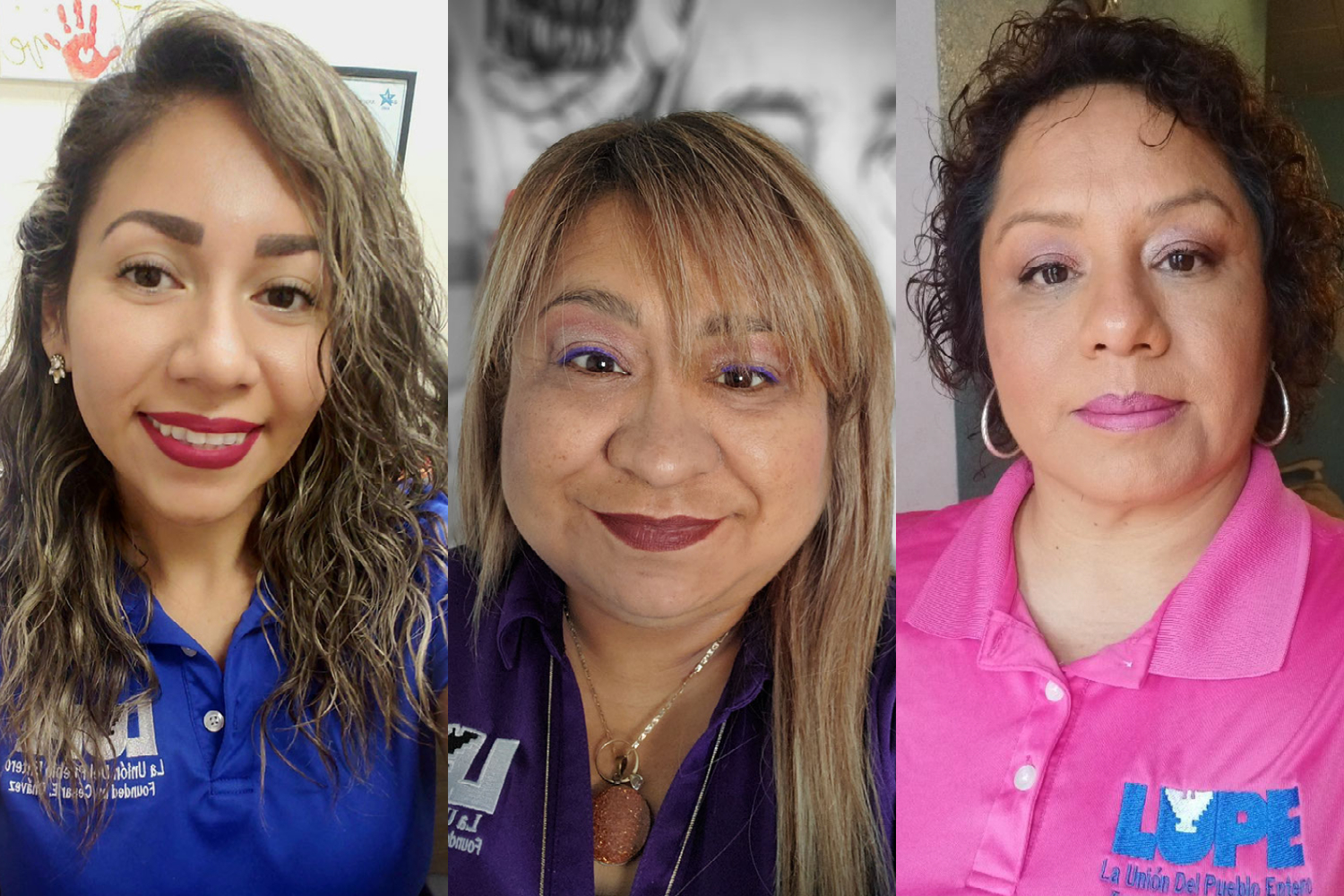 When her son was born with disabilities, Medicaid was a lifeline for Sareth Garcia.

“The first time I heard about Medicaid was when my first child was born,” recalled Sareth Garcia, an immigrant mother and member of La Unión del Pueblo Entero. “He and I both had Emergency Medicaid. When he was a month old, I had to renew it for him to continue to have health insurance because he was born with a disability.”

Garcia recalled the help she received from a social worker to renew her son's Medicaid. “It became less difficult for me each time I renewed his Medicaid.”

Now Garcia wants to pay the help she received forward as a Medicaid Ambassador with La Unión del Pueblo Entero.

LUPE is launching a new form of assistance for immigrant and low-income parents in the Rio Grande Valley. The Medicaid Ambassadors program will help them understand Medicaid, who qualifies, and how to apply.

“By using my experience and with the information I have in my training, I can not only help people who ask me for help but also my own family. And in that way I contribute to them having a healthy life,” Garcia said.

LUPE's Medicaid Ambassadors are holding conversations and presentations with immigrant parents throughout the Valley where they listen to their health care concerns and offer advice. In these conversations, the Ambassadors help them understand the Medicaid program and debunk misinformation about accessing public programs.

Many immigrant parents qualify for Medicaid for themselves or their children but do not apply. They face misinformation about public programs designed to spread fear.

The misconception comes from anti-immigrant political rhetoric that has morphed into misinformation.

For decades, certain politicians have targeted immigrants with false accusations of taking advantage of public programs. With no basis in truth, this rhetoric has circulated widely.

On top of that, former President Donald Trump implemented changes to the Public Charge rule to deny permanent residency to certain immigrants who use public programs. With the changes, the former president and members of his administration spread lies about immigrants and spread fear in immigrant communities.

Not enough has been done to counter that misinformation and correct the record. For example, a recent survey by Protecting Immigrant Families (PIF) found that three out of four immigrant families did not know that President Biden repealed the harsh public charge rule changes last year.

Other barriers to accessing Medicaid include complicated enrollment processes, misconceptions of who qualifies and who doesn't and stigmatizing attitudes about using public programs.

The result is that many immigrant parents choose not to apply for Medicaid even though they qualify for themselves or their children.

That's where LUPE's Medicaid Ambassadors can make a difference.

“As a Medicaid Ambassador, I want to make it perfectly clear: signing up for public services like Medicaid will have no immigration consequences for you or anyone in your family,” said Joaquín Garcia, Rio Grande City Medicaid Ambassador and Community Organizer.

The coordinator of the new program, Kayla Montaño explained how the Medicaid Ambassadors are an extension of LUPE's mission.

“LUPE has been advocating for healthy communities for years. Whether we are black, white or brown, when it comes to our health, we all want to make sure we can prevent, treat or recover from illness or injury without fear of going bankrupt,” Montaño said.

Montaño recognizes that low-income residents can win victories that will bring better health outcomes to the Rio Grande Valley: “We know that there is strength in unity. Here in the Valley, we can have the quality of care and coverage that people throughout the world take for granted. But we have to come together to support and protect public programs like Medicaid.”