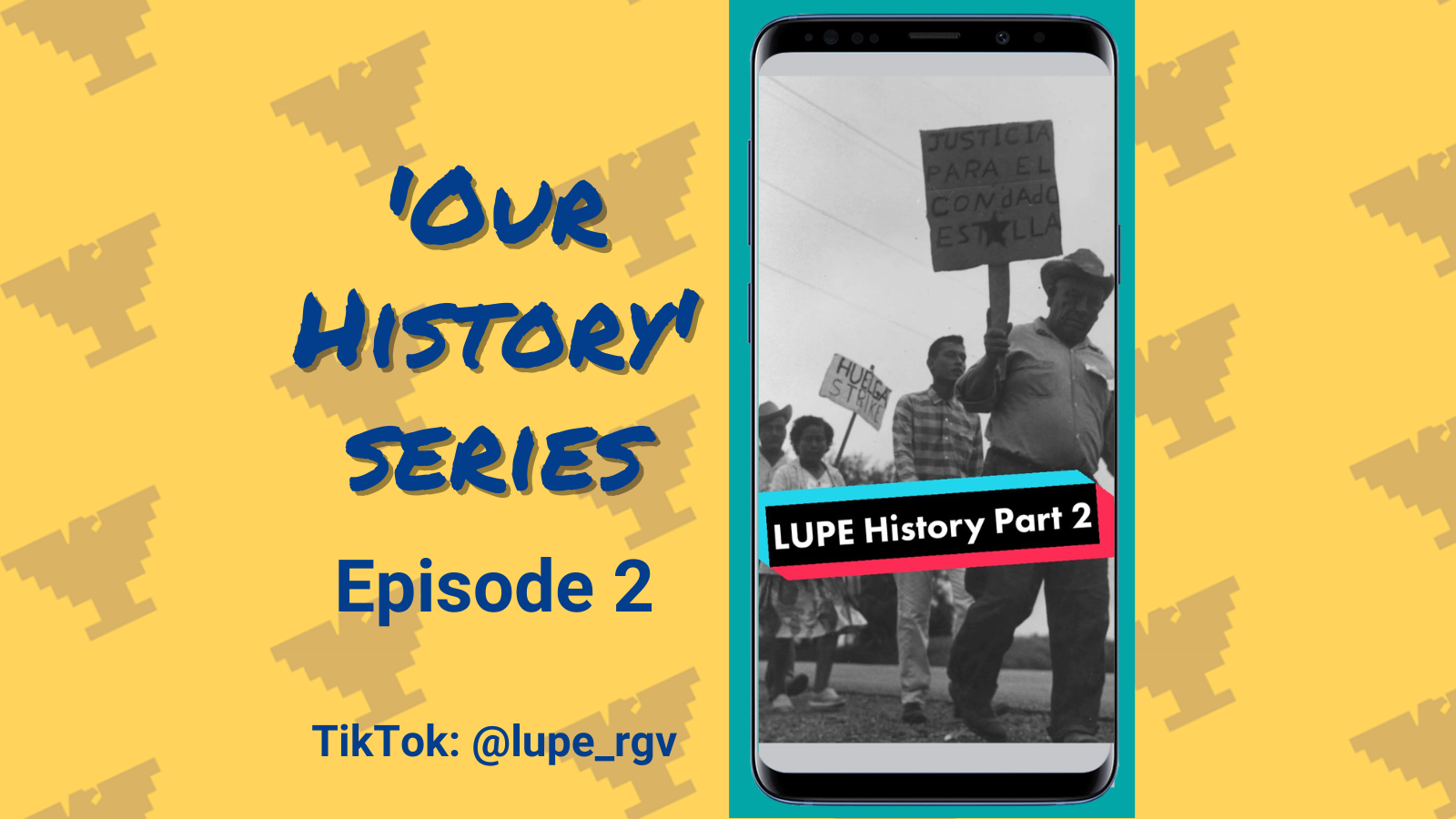 Learn more about LUPE, its close ties with the UFW and the Farmworker Movement in Ep. 2 of Our History series. If you're having trouble viewing the video, click here.

@lupe_rgv Learn more about LUPE, its close ties with the UFW and the Farmworker Movement in Ep. 2 of Our History series!.#history #rgv #lupe_rgv #foryourpage #fyp #documentary ♬ original sound – lupe_rgv

The Melon Strike of NINETEEN SIXTY SIX in Starr County set the stage for the Farmworkers Movement in the Rio Grande Valley. The spontaneous strike caught the attention of UFW organizers, who brought the union to Texas.

The farmworker uprising inspired colonia residents–many of them farmworkers–to organize for better living conditions. Juanita's family and neighbors joined with Colonias del Valle Inc. to organize and build a water supply system for her colonia.

Invigorated from witnessing change in her community, Juanita would join the UFW as a community organizer under the leadership of Rebecca Flores. Her duties included organizing families from low-income and rural areas, to raising awareness of the new legal rights farm workers won. This decision by Juanita set the stage for the transformation of the Texas UFW into what it is today, La Unión Del Pueblo Entero. Learn what prompted Juanita to found LUPE in Part three.