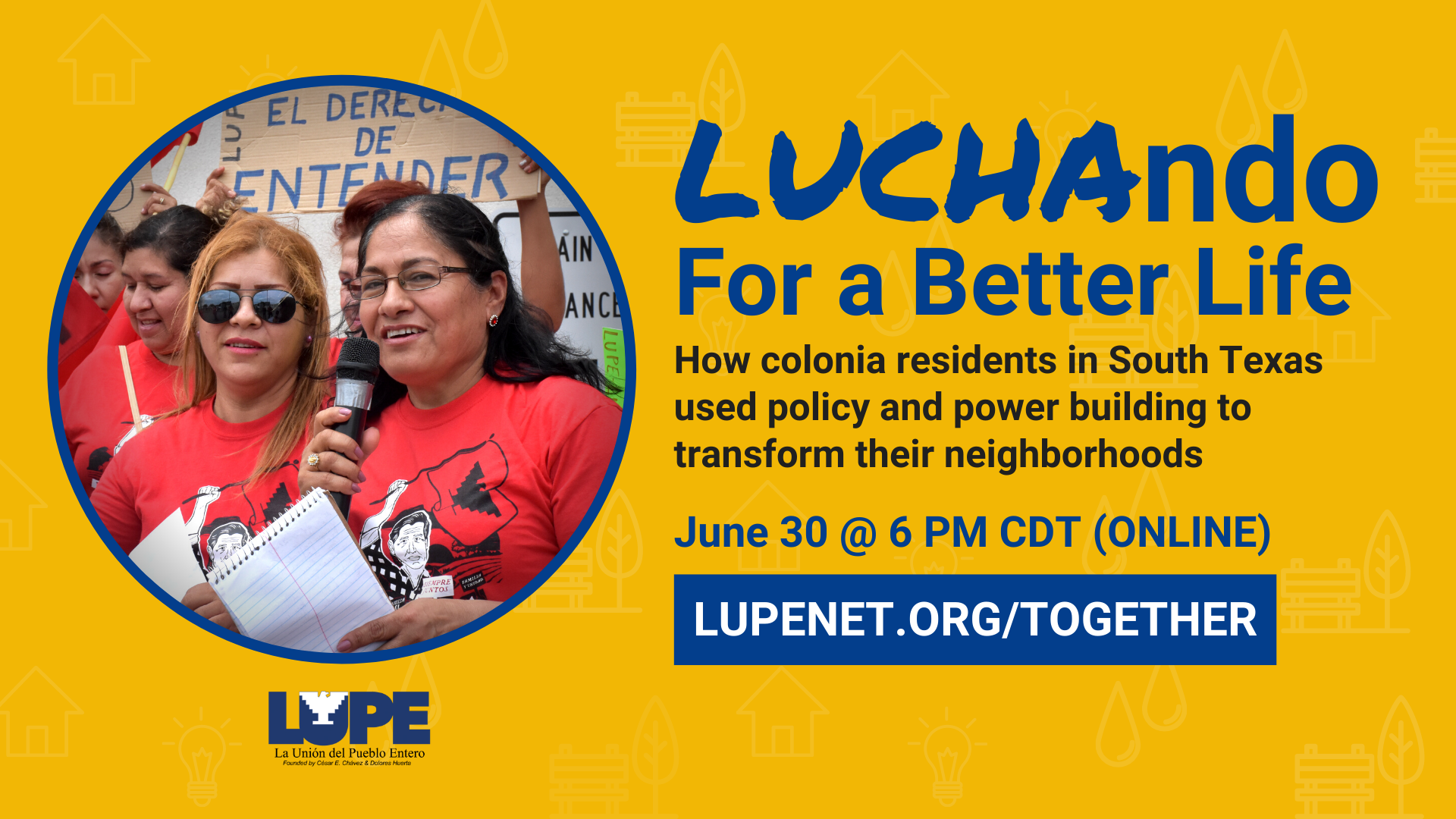 I’ve often heard LUPE members say that they are just a grain of sand – un granito de arena – doing their part to make their neighborhoods better. But a grain of sand when multiplied can stop a flood.

It’s not just something they believe but something they’ve seen and participated in – their granito de arena has contributed to big victories and transformed lives.

From the farmworker movement that started 60 years ago to the more recent campaigns for drainage and public lighting in colonias, LUPE members have been organizing for over half a century and winning in battles that once seemed insurmountable.

Join “LUCHAndo For A Better Life” on Thursday, June 30th, to learn how colonia residents in South Texas used policy and power-building to transform their neighborhoods. RSVP here.

They first organized against multi-million dollar farms and the greedy politicians who defended them. Then against local politicians that believed poor and undocumented residents living in colonias did not deserve access to the same public services that city residents have access to.

Some of their more recent victories came thanks to the Land Use Colonia Housing Action (LUCHA) training. LUCHA was a partnership of organizations coming together to create a curriculum aimed at building understanding of land use and development policy.

It’s not an exaggeration to say that colonia residents in LUCHA became bigger experts than most elected officials. They combined that policy expertise with good-old-fashion community organizing to win big for their colonias.

Join us on June 30 at 6 PM to learn more about the victories that came from LUCHA and how colonia residents transformed their communities through this program. Click here to sign up for our virtual meeting.