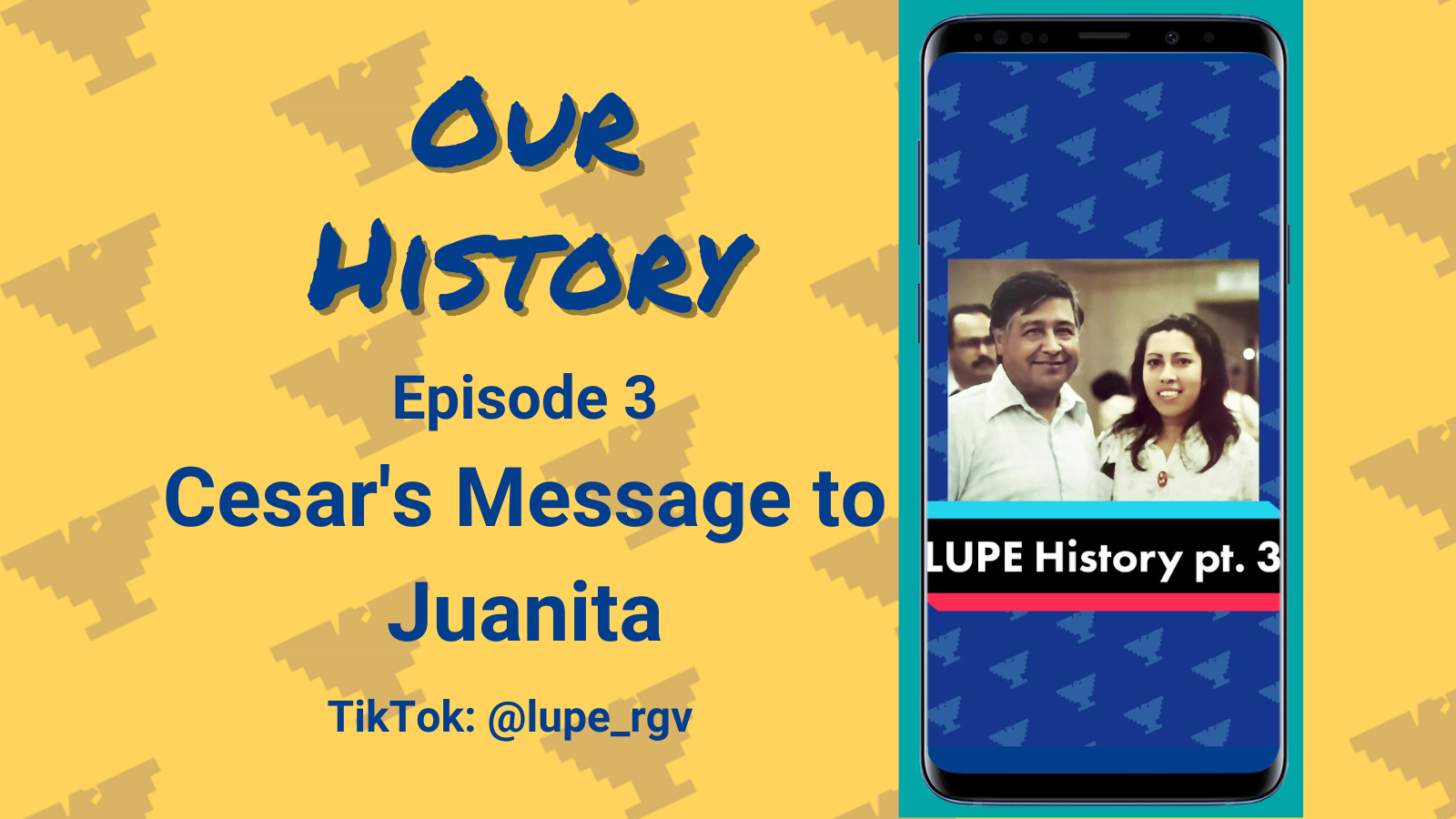 Learn about Cesar Chavez's personal message to Juanita in Episode 3 of Our History series!

If you're having trouble viewing the video, click here.

The legal victories of the EIGHTIES highly motivated the movement. Organization by Texas UFW and Juanita brought improvements to the many injustices her family and many more encountered in the fields. But Juanita understood more work needed to be done within her community.

Many families across the Rio Grande Valley lived in colonias, or rural communities that lacked electricity, clean water or paved roads. Juanita recalls that during her childhood she needed to walk for miles while carrying jugs of water since her colonia was not connected to a water system. Fighting for the community soon proved to be tougher than ever before thanks to many reactionary politicians elected during the late EIGHTIES and NINETIES. These politicians were anti-worker & opposed civil rights, slowing down the momentum the movement had built.

Juanita turned to Cesar Chavez, who she felt was neglecting the valley due to the distance between California and Texas. During a visit to South Texas, Juanita expressed her feelings of alienation to Cesar.

She recalls Cesar responding: “You are right… Who’s gonna have to suffer through the lack of water…? It’s gonna be you. It’s in your hands… You’re gonna have to take it on.”

Juanita took these words as a challenge for Valley farmworkers to see more in them than they could see for themselves. They didn’t need to wait for heroes from California to come save them. Cesar was teaching Juanita the art of patience & organization. The farmworker movement had started with families like hers organizing, and spanned decades before achieving protections for workers across the state. Transforming colonia neighborhoods would also require patience, and the help of a large and mobilized community.

Learn how Juanita transformed her community and Texas UFW into LUPE in Part 4.