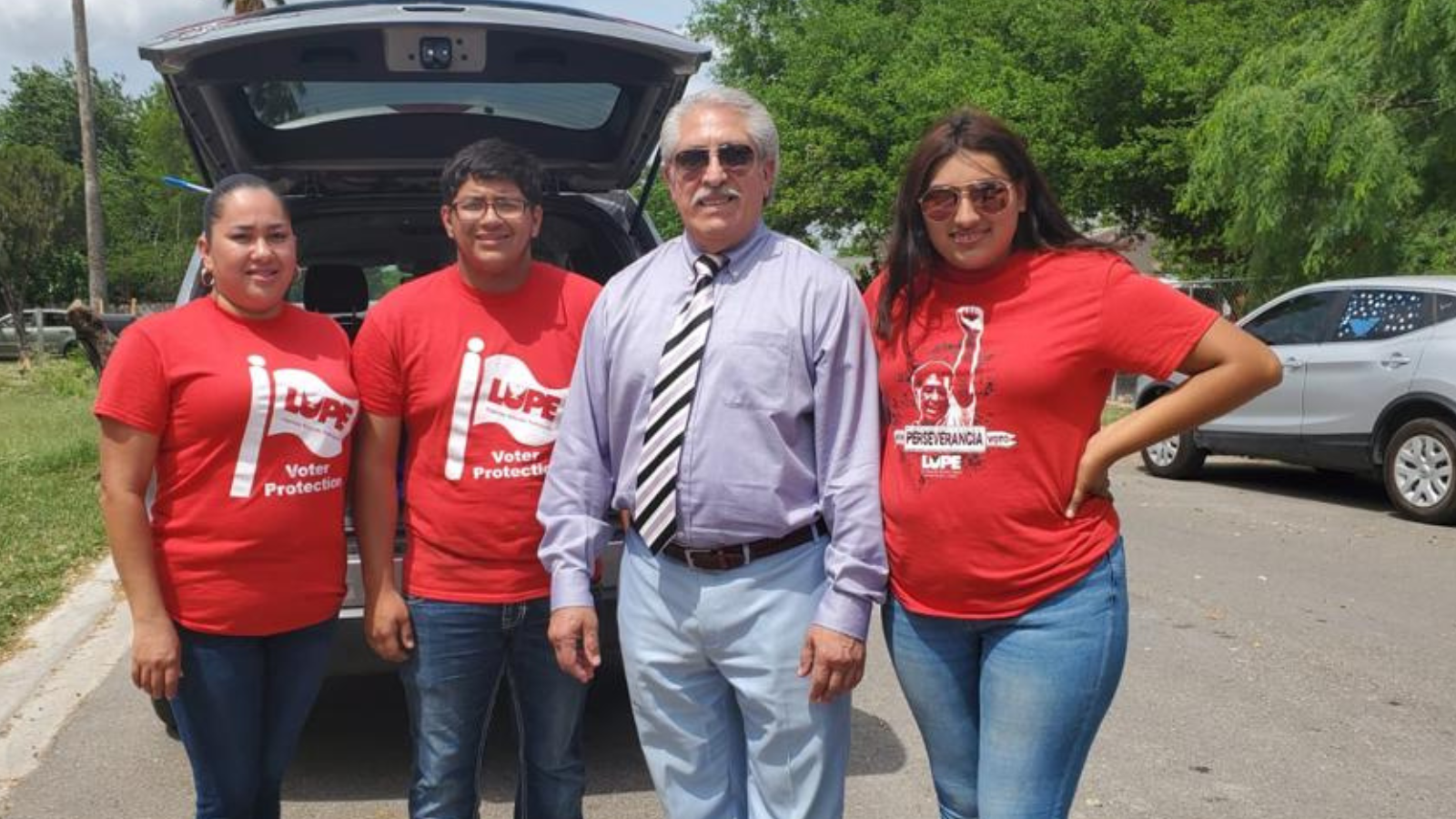 Shut out of opportunities her whole life, when a door finally opened for Maria Elena, she jumped through and brought her community with her.

At 22 years old, Maria Elena has had lots of doors shut on her.

She came to the U.S. as an infant and has lived here without legal status that whole time. Even though she qualifies for the program, she was shut out of DACA. The State of Texas sued over the program and a judge shut the door to new applicants.

Without a work permit, she’s been shut out of the career she studied for and denied paychecks that reflect the true value of her work.

Without legal status, she could be shut away in a detention center. Or worse, deported away from her children.

The latest closed door: an expired ID was keeping her from claiming her income tax refund. Because she’s undocumented, Maria Elena doesn’t qualify for a U.S. government-issued ID. She does qualify for identification issued by her local Mexican Consulate.

The problem was, as much as she tried, she could not get through to the consulate to set up an appointment.

You might think that’s a pretty small problem, given everything Maria Elena is up against. But for immigrants like Maria Elena, the Mexican Consulate and the services they provide are a big deal.

When you’re an immigrant building a life in a new country, the consulate is a lifeline. But this lifeline can often be a barrier. Whether you need primary documents from back home or an ID, the consulate requires you to set up an appointment to receive help.

Getting an appointment is hard. The consulate has a telephone hotline and website to sign up for appointments. But LUPE members report problems and frustrations with those systems. As much as she called, Maria Elena couldn’t get through to schedule an appointment.

But Maria Elena is also a LUPE member. And through community organizing, LUPE members create doors where none exist.

Maria Elena was invited to speak at LUPE’s big annual event, the Cesar Chávez March. She shared her story of being shut out of DACA and called for immigration reform. Slated to speak after her was the head of the Mexican consulate in McAllen.

Impressed, Consul Oliva Romero helped her set up an appointment. When she arrived at the consulate, the staff gave her what she calls VIP treatment. She walked right in when dozens of her neighbors had struggled to get their own appointments.

But walking through that door meant she got a direct line to the top of a bureaucracy standing in the way of a good life for her and her Mexican immigrant neighbors. She knew she had to do something to get her neighbors in as well.

During her appointment, she asked the Consul to come to her colonia and meet with her neighbors. He agreed.

With LUPE’s help, she passed out flyers inviting her neighbors to the meeting. She expected dozens of people to attend.

Hundreds showed up. People came from her colonia and beyond. The Mexican Consul and his staff helped dozens of them set up appointments for the following weeks.

Maria Elena saw how she made a difference in her neighbors’ lives. Now, she wants to do more. She joined her neighbors’ efforts to get the county to install streetlights and open a community center in her colonia.

For generations LUPE has led change in our Valley through organizing and investing in members. Each time we assist a LUPE member like Maria Elena to join with their neighbors toward a common goal, we harness pueblo power toward social change.

Will you help LUPE support more of our members like Maria Elena to learn how to organize and make a difference? Make a donation to LUPE today.