Comic and writer, Cristela Alonzo, urges us to vote
By LUPE, November 2, 2020

“Our votes are powerful. This is our country. It is our job and our time to show up and vote.”

This was Cristela Alonzo’s message to our Rio Grande Valley community over our Facebook Live event on October 13th–the first day of Early Voting in Texas.

Like Cristela, South Texans feel the urgency of the times. Statewide, Early Vote turnout has surged, led by the youth vote. Hidalgo and Cameron counties have already surpassed the 2016 Early Vote.

That is the kind of momentum we need to build power for LUPE communities this election.

Help us keep up the momentum during the final stretch towards November 3rd. Please make a donation today to LUPE’s last-minute Get Out The Vote push. 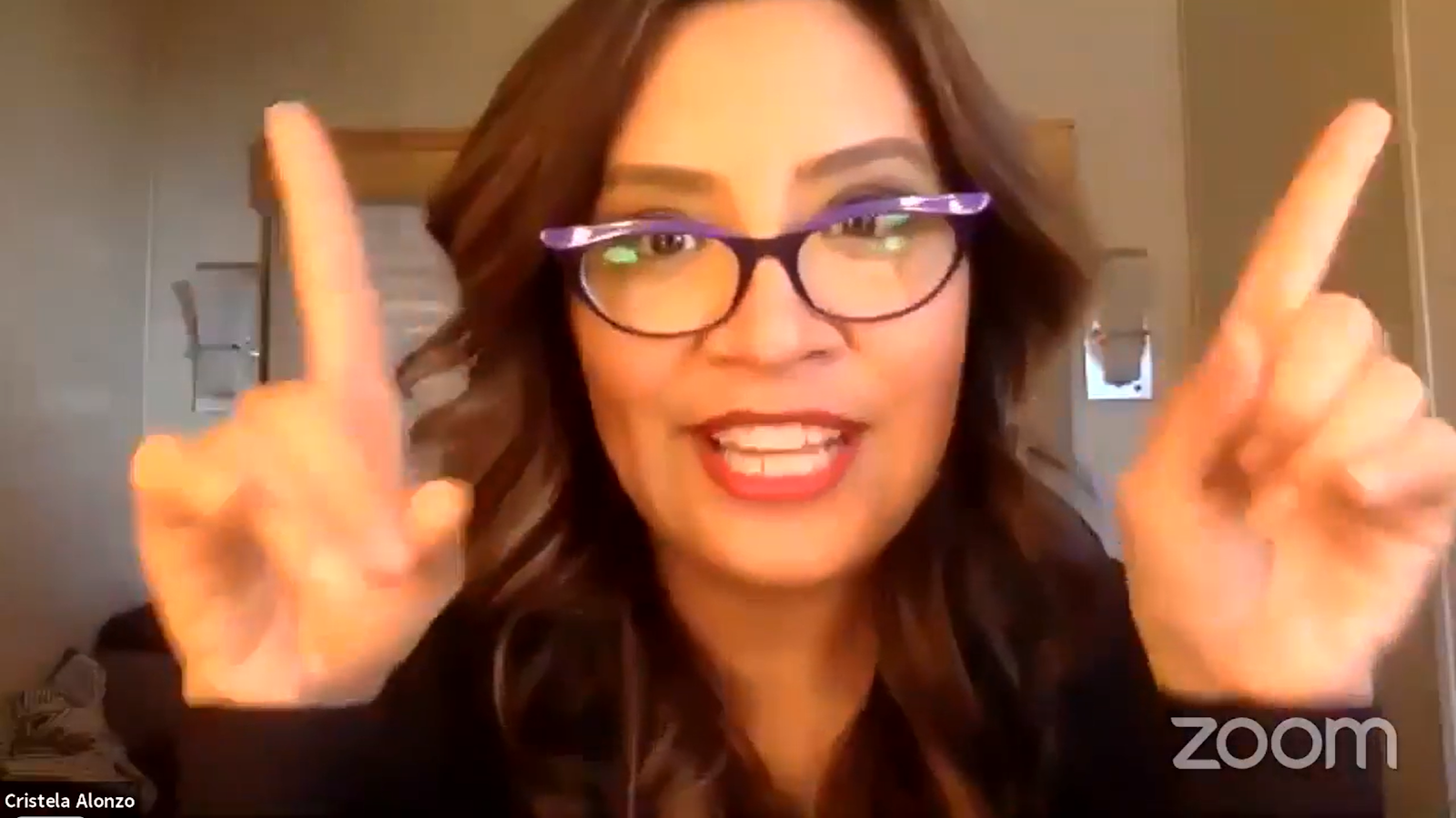 Cristela’s Sí Se Puede spirit took her from squatting in an abandoned diner in San Juan, to being the first Latina to create, produce and star in a network TV sitcom.

That's the Sí Se Puede spirit we are bringing to our 2020 Get Out The Vote campaign. So far we have made 30,000 calls to South Texas voters. We expect that our concentrated efforts throughout this last week of Early Vote will get us to 50,000 calls.

The Rio Grande Valley, a largely Mexican American community, is already showing up in record numbers at polls. The people are clear–now more than ever–about the importance of elected officials who will have the interests of Latinx communities like ours in mind.

Please make a donation today to our last-minute Get Out The Vote push.

Thank you again for following our work and believing in us and in our community. We could not do all that we do without you. In Cristela’s words, “At LUPE, we have faith that we can make change.”