Is Henry Cuellar Fighting for an America Worthy of Immigrants’ Aspirations?
By LUPE, September 24, 2021 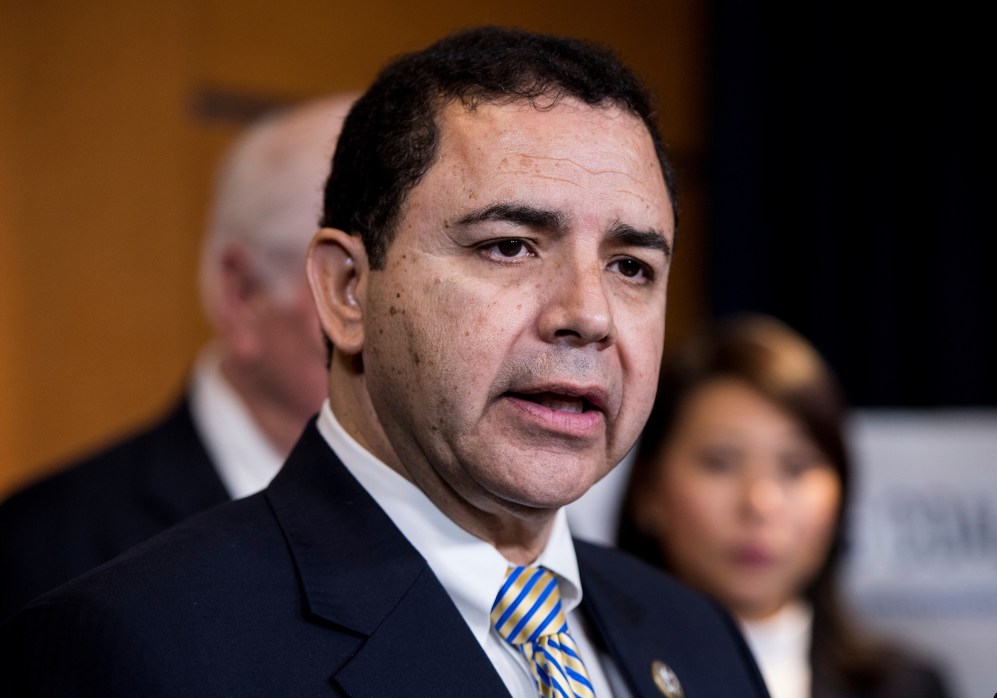 Many Haitian immigrants came to the U.S. expecting to be welcomed, believing in the image of an America that helps those who need it the most. Instead, they encountered the brutality of the U.S. immigration system at the border. LUPE’s Daniel Diaz argues that delivering a pathway to Citizenship through Congress will move our nation closer to an America that is worthy of those immigrants’ aspirations.

I came to Washington D.C. this week to ask my member of Congress, Henry Cuellar, to stand up for the dignity of immigrants and pass a pathway to Citizenship. Instead, I saw Rep. Cuellar defend our broken immigration system on national television in response to border agents' brutality toward Black immigrants.

The shocking images and video come from Del Rio, Texas, where people from Haiti have been arriving in high numbers after political and natural disasters rocked their country. The assassination of President Jovenel Moïse and the recent 7.2 magnitude earthquake mean they have little hope of security and a dignified life back home.

Many came to the U.S. expecting to be welcomed, believing in the image of an America that helps those who need it the most. Instead, they encountered the brutality of the U.S. immigration system.

This week, my member of Congress, Representative Henry Cuellar, took to national news to defend that brutality. “What are they supposed to do, just stand there and let everybody come in?” he told CNN.

Yes, Congressman. That is how asylum works. When someone arrives at our border seeking protection, we should give them an opportunity to tell their story and make their case.

Rather than calling for Black immigrants to be welcomed with dignity, Rep. Cuellar instead called for more deportations. When asked by ABC News what President Biden should do, he said, “President Obama followed the law where he actually deported more people than President Trump did.”

We can ensure Haitian immigrants can seek asylum through a safe and orderly process. But Rep. Cuellar would rather protect border agents over the Black immigrants they trampled on.

Rep. Cuellar is defending an immigration system long-grounded in racism and cruelty.

Congressman Cuellar has more often been a roadblock to progress than a champion. When immigrants and their allies have gotten close to winning a path to Citizenship, Congressman Cuellar has shown up to give bipartisan support to GOP efforts to tank fair, humane, and welcoming immigration policies. He voted to fund Donald Trump's border wall. He co-authored legislation that would fast-track the deportation of vulnerable people seeking protection. He put his weight behind House Republican efforts to derail the Dream Act. In its place, he advanced a bill that would incarcerate and deport immigrant youth with contact with the racist criminal legal system, many of them Black.

Rep. Cuellar’s actions have too often enabled a small group of power-hungry politicians and their corporate donors to hold captive the freedom and potential of immigrants for personal gain. The private prison corporations that donate to Rep. Cuellar’s election campaigns see caging immigrants as a source of profit. Cuellar hosts Republican colleagues at the border who go home and stoke racial resentment among white voters. Those bad-faith actors have held back progress on immigration for decades.

That is why immigrants and their allies believe we have a once-in-a-generation opportunity in Congress this year. Democrats have vowed to pass a package of popular provisions through a process known as budget reconciliation. What is special about budget reconciliation is that Democrats only need a simple majority to pass it. Bad-faith politicians in Congress have no sway here. Republicans can vote with Democrats to pass these popular provisions or sit on the sidelines.

Border communities know that we can live up to our ideal of being a shining beacon of hope for the world. We can and must welcome Haitians and all immigrants with dignity. We can and must deliver a pathway to citizenship for our undocumented neighbors.

The budget reconciliation process is our best opportunity to finally secure a pathway to citizenship for millions of undocumented workers and their families. The question is, will Rep. Cuellar join immigrant leaders and his party and deliver a pathway to Citizenship through reconciliation? Or will he join his colleagues who want to keep immigrants vulnerable to the brutality we saw in Del Rio this week?

Border communities know that we can live up to our ideal of being a shining beacon of hope for the world. We can and must welcome Haitians and all immigrants with dignity. We can and must deliver a pathway to citizenship for our undocumented neighbors.

It is time that Representative Henry Cuellar stops enabling those who want to keep the brutality of our immigration system intact. Rep. Cuellar must join with his democratic colleagues and use every tool available to deliver a pathway to Citizenship for our immigrant neighbors this year.

Daniel Diaz is from Palmview, Texas, in Texas’s Congressional District 28. He serves as Director of Organizing for La Unión del Pueblo Entero.