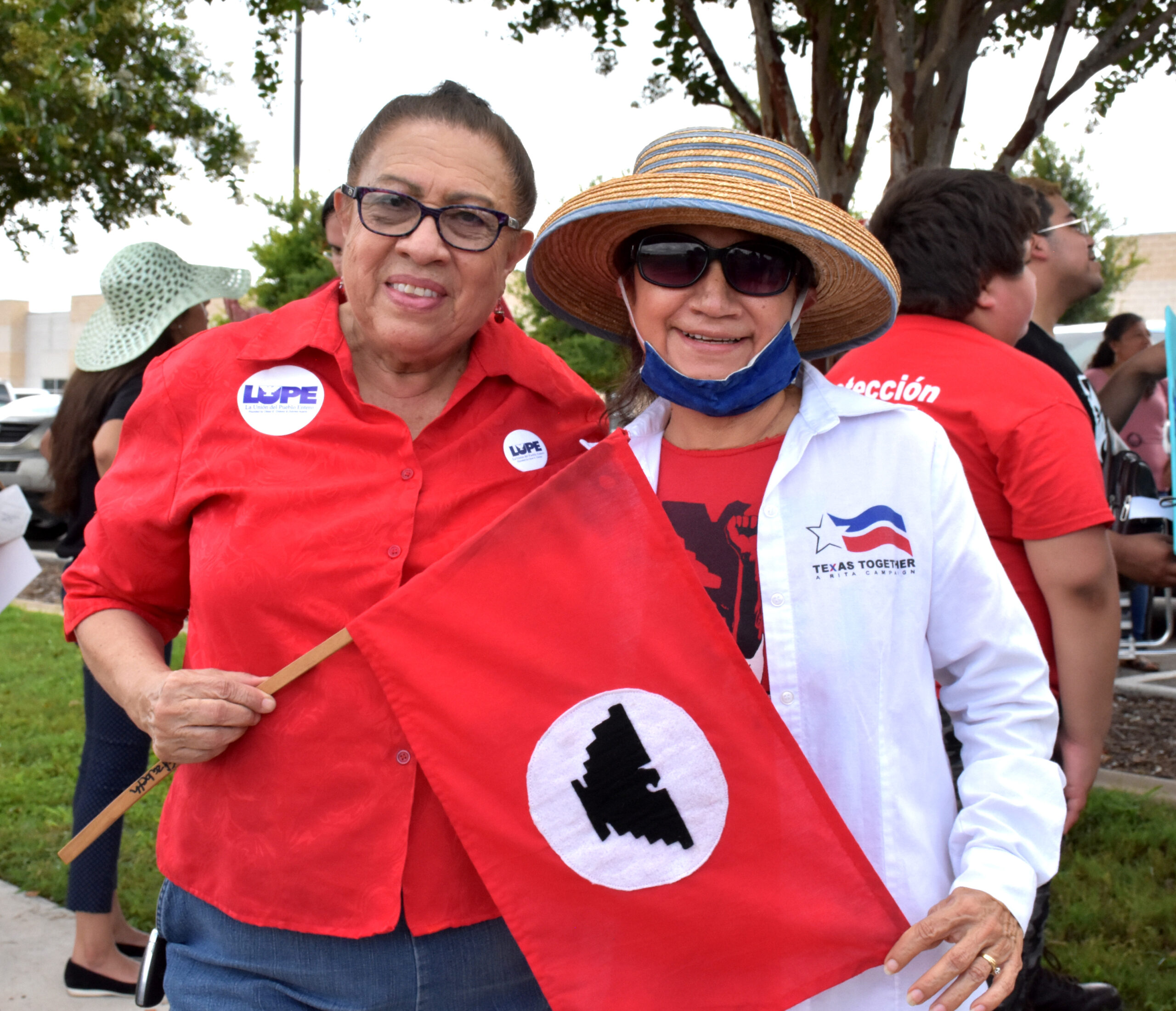 After 35 years with the movement, our executive director, Juanita Valdez-Cox is retiring. I would like to take a moment to reflect on why Juanita’s leadership has made LUPE this exemplary organization in the Rio Grande Valley.

Juanita has a leadership philosophy that allows for el pueblo – the people – to feel seen, to feel that they have a voice, and to know that LUPE belongs to them.

Before I retired, I led LUPE’s Organizing Department for fourteen years. Juanita picked me, an immigrant woman who did not finish high school, to lead some of our most important campaigns. She saw that I had a fire for organizing people for dignity. Together, we won streetlights for colonias, millions of dollars of investments in flooding protections, and a bigger seat at the table for colonia residents and immigrants in county government. This would not have been possible without Juanita’s leadership philosophy.

Will you write and tell Juanita why you support LUPE? Your voice and support is crucial.

From my own experience, I felt that LUPE succeeded because Juanita hired people from the community. She hired people who had lived through the experiences that inspired our advocacy.

Many of us did not have the skills required to do our work but we had the heart. And so she gave us the opportunity to learn the skills necessary. She followed the example of Cesar Chavez. She believed in us before we believed in ourselves.

We all cared that LUPE succeeded. Though she had a vision on where the organization needed to go, she made us part of that journey. To me, it was never a job. We were together en la causa (in the cause).

Dear John-Micheal, we now want to invite you to share your thoughts about Juanita. You are a central part of LUPE. Because of your devotion, LUPE is strong and vibrant. Send a message to Juanita and tell her why you are committed to LUPE for the long haul.

Together in la lucha,