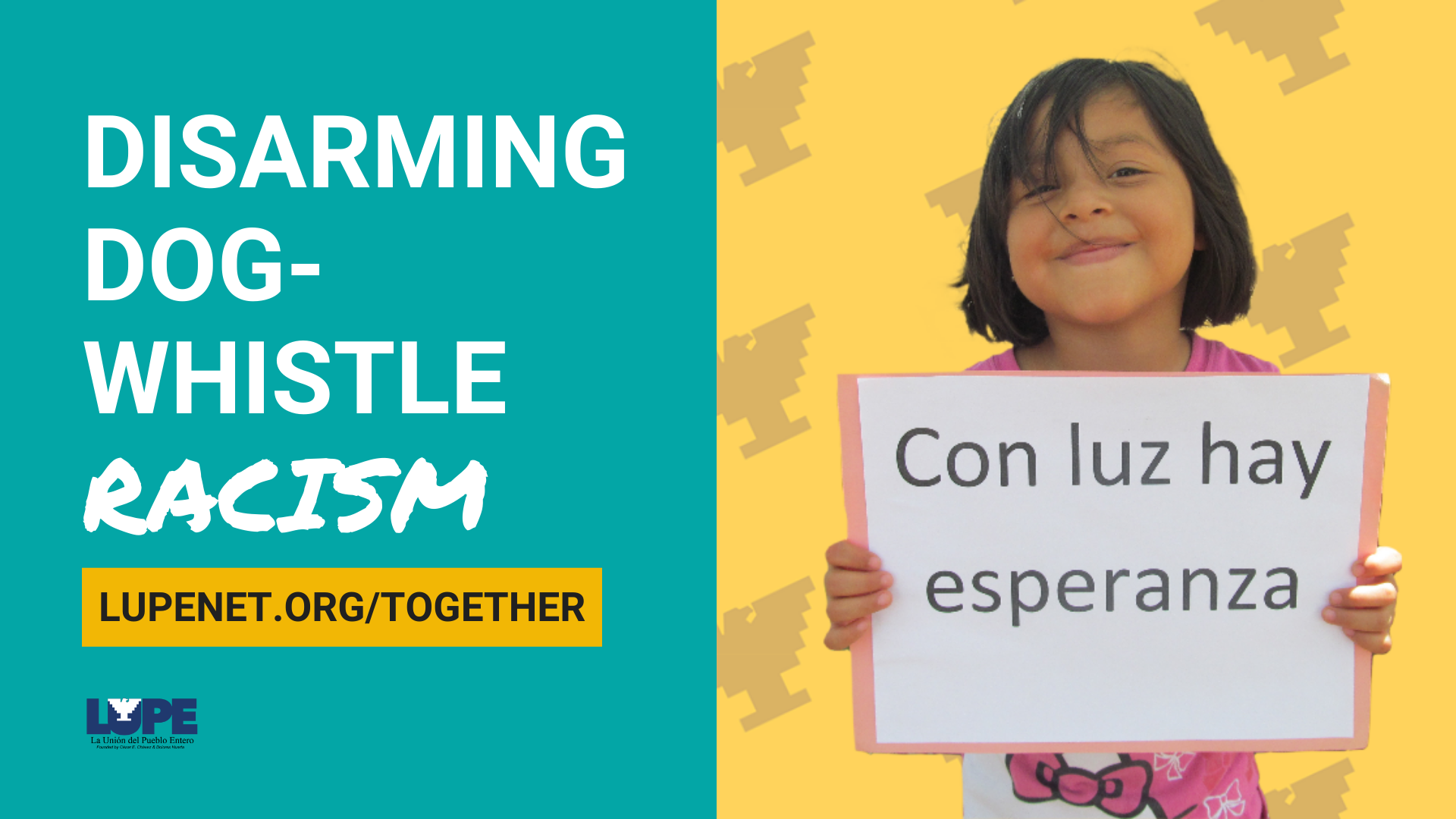 Did you catch our last online membership meeting? We learned how some politicians use coded racist rhetoric to shame and blame immigrants and divide and distract citizens. And we learned a strong, progressive message that can disarm dog-whistle racism.

Watch the video below to find out how you can disarm dog-whistle racism in electoral rhetoric.

In the meeting, we learned that a strong message that disarms dog-whistle racist rhetoric has five elements:

Second, name scapegoating based on race as a tactic that is used to harm us economically.

Fourth, remind people that we have won before by uniting across race and background.

And fifth, make it clear that working together is how we make government work for all of us.

Click here to get two tools to help you use this messaging when talking to friends, family and decision-makers.

America’s Voice broke down the four most prominent dog-whistle xenophobic and racist images in political ads, including the one we looked at during the meeting.

Write a letter to the editor that disarms dog-whistle racism

Ready to disarm racist dog-whistles and change the conversation about immigration policy? How about starting by writing a letter to the editor! The more people we expose to a strong message that calls out scapegoating based on race, the more people we can innoculate against racist divide-and-distract rhetoric.