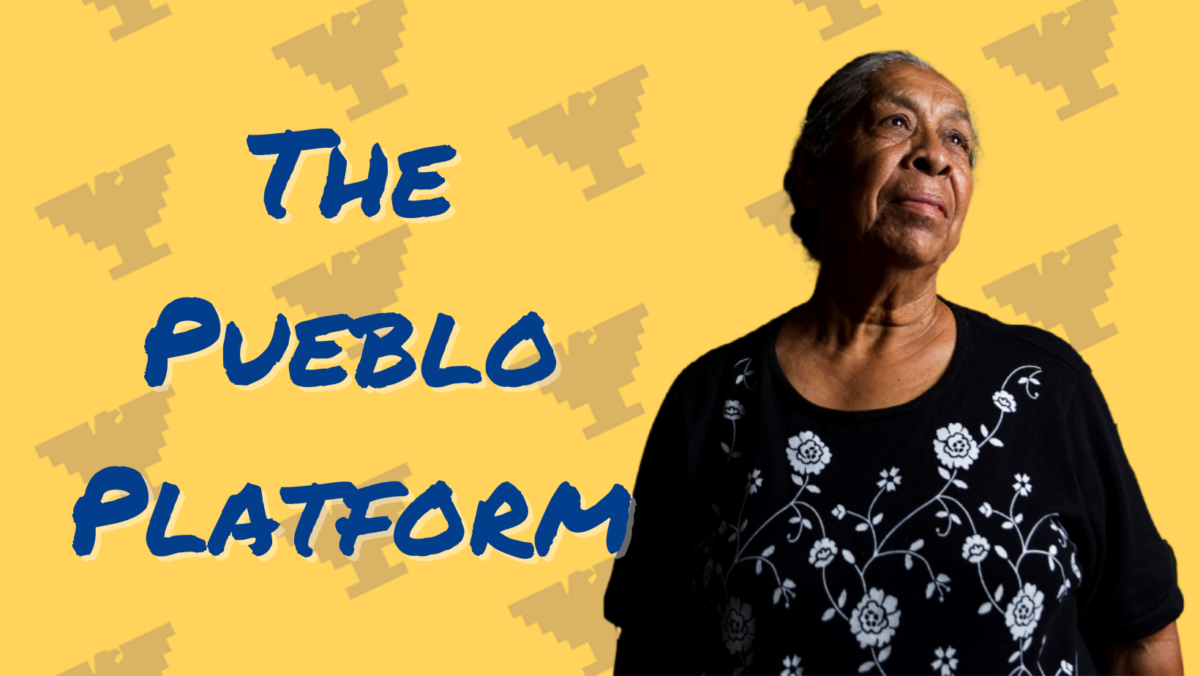 South Texans deserve better than the ineffective healthcare that leaves many uninsured, underinsured and unprotected. No one should have to cross the border into Mexico for affordable medical care and treatment. But that’s the reality in South Texas. We have the highest rates of uninsured residents in the country. Medicare For All, a single-payer universal healthcare system, is the care we deserve. No networks, no premiums, no co-pays or deductibles and no surprise medical bills. Best of all, no price gouging for-profit health insurers who profit off the sick. Medicare For All would extend Medicare to cover dental, hearing, prescription drugs, mental health and substance abuse treatment, long-term and disability care, and reproductive and maternity care. As the richest country in the history of the world, it’s time we invest in our people’s health, including our frontline care workers, who are the backbone of our economy.

For decades wages have been almost stagnant while CEO’s compensation has soared. The cost of living continues to climb and South Texans are left behind while other states and cities are mandating living wages at $15 an hour. It’s time to shake the staggeringly low wages along the U.S.-Mexico border and demand a $15 minimum wage that’s tied to inflation. Enough with exploiting South Texans with starvation wages that make us choose between medicine and rent.

Thousands of South Texans are impacted by devastating floods accelerating every year due to climate change. Our local leaders have failed to offer bold policy solutions to combat climate change and invest in our crumbling infrastructure. Through a federal jobs guarantee program, every unemployed American would be granted a good paying, union job that would transition our infrastructure — every building, home and road — to 100% renewable energy. Fossil fuel workers will not be left behind as they would be prioritized through a just transition for renewable energy and infrastructure where housing, healthcare, and training would be guaranteed. This jobs program would establish a baseline for wages and benefits to lift thousands of South Texans out of poverty. Most importantly, it would invest in our infrastructure and renewable energy to fight climate change in our community.

We are failing to deliver on the promise that a college degree will deliver a meaningful career and an easier life. Sky-rocketing tuition costs for college and trade school have made higher education inaccessible for South Texans. Recent graduates’ opportunities are crushed under the weight of crippling student loan debt that deepens racial and class disparities. In order to end the equity gap in higher education for low income communities of color, we must support free public college and trade school and forgive all student loan debt.

Whether you were born here or moved here, you become a South Texan when you work hard and leave things better for those to come. South Texans welcome newcomers. We share meals with our undocumented family and neighbors. We give shelter and help to refugees when the government will not. We make our region more just and livable for all when we unite across differences. Our rights and opportunities should be shared across race and immigration status. It’s time to end the destruction of our immigration system by greedy corporations and power-hungry politicians. To do that, we must pass a pathway to Citizenship for all 11 million undocumented Americans. We must restore, improve and protect asylum. We must reunite all families separated by deportation. We must create avenues for newcomers to move here with visas. And we must create clear boundaries between the immigration system and the racist criminal legal system.

It’s time to end the corruption plaguing South Texas politics that allows big corporate donors to dominate our political system with politiqueros and politicos vendidos. We need to repeal Citizens United and ban corporate Super PACs and publicly finance our elections to eliminate conflict of interests with elected leaders. No more pay-for-play in our government that enriches big donors but leaves the working class behind. We need pueblo-powered small donors to support our elected leaders, not Big Pharma and Big Oil.

In the last four decades, we’ve seen wages stagnant while the top 1% get richer. The coronavirus pandemic has left thousands of South Texans in unstable economic conditions while billionaire wealth has surged. It’s time Wall Street, corporations and billionaires pay their fair share to close the gap on racial and wealth inequalities that have dismantled the working and middle class in America.

Some politicians want to continue gutting Social Security by raising the retirement age, reducing earnings and privatizing retirement. It’s time to protect the most popular social program in the U.S. and expand Social Security benefits, not slash them.

FAIR TRADE IN THE BORDERLANDS

For far too long, our border has been exploited by Fortune 500 companies for cheap labor in the maquiladoras along the Texas-Mexico border. Unfair trade deals like the North American Free Trade Agreement (NAFTA) shifted good paying, union jobs to the Global South for sweatshop wages, including South Texas and the McAllen Foreign Trade Zone. We will fight for fair trade deals that protect workers, the environment and human rights while ensuring multinational corporations and sovereign nations are held accountable when violating labor and environmental laws. It’s time we write trade deals that address climate change, labor and human rights as a guide for progressive economic development for a region like South Texas.

Whatever our race, background or zip code, we all want to move through our communities without fearing for our lives or our loved ones. But the people entrusted to serve and protect our communities target, detain and even kill our neighbors — like Jorge Gonzalez-Zuñiga. The War on Drugs and the dismantling of social safety nets have ravaged communities of color. We now have the largest prison population in the world and many of those prisons are here in South Texas. It’s time for liberty and justice to be for all. We must end mandatory minimum sentencing, cash bail, solitary confinement, private prisons, qualified immunity, and demilitarize the police. It’s time to reform our justice system and invest in stronger civilian review boards, violence interruption programs, and mental health services. In order to have the care, security and support every one of us needs, we need to build a justice system based on redemption, not punishment.

Lesbian, gay, bisexual, trans, and queer South Texans deserve equal protection and justice. LGBTQ families and individuals are part of the fabric of our communities. It’s been long overdue for Congress to pass the Equality Act that would explicitly ban any discrimination on the basis of sexual orientation or gender for the LGBTQ+ community. We need to fight for a Medicare For All system that ensures our LGBTQ+ community has access to mental health services and protects trans health access.

We all deserve to decide how we live and thrive. Personal autonomy over our bodies is a right and is the basis of a free and full life. We must have the freedom to decide to have children or not have children. And from there, we must be free to parent the children we have in safe and sustainable communities. We must keep abortion legal, affordable and accessible. Contraception, comprehensive sex education, and STI prevention and care are essential. For those who decide to have children, we must ensure alternative birth options and quality prenatal and pregnancy care. And all people should have access to domestic violence assistance, adequate wages to support our families, safe homes, and so much more.

Common sense gun safety measures can end gun violence in America. The majority of Americans support expanded background checks and a ban on assault weapons and high capacity magazines. We should not let powerful big donors like the National Rifle Association (NRA) and the billion-dollar gun manufacturing industry write policy that has worsened gun violence in the last two decades. We need to protect our community from gun violence and violent white supremacists to prevent another tragedy like what happened in El Paso in 2019.

Texas has been at the forefront of the disastrous United States Supreme Court decision in Shelby County v. Holder in 2013 that allows states to reverse voting rights protections fought during the civil rights movement. Texas Gov. Greg Abbott signed into law one of the worst voting restrictions since the Jim Crow era in Sept. 2021, making it harder for local counties to expand voting options that made voting more accessible for communities of color. All Americans have a right to fair and equal access to the ballot, and it’s time to pass the For The People Act that would end gerrymandering of congressional districts and mandate early voting, mail-in voting, and campaign finance transparency.

No more endless wars and fueling the military industrial complex. No more proxy wars and aiding countries who violate human rights. And no more bad trade deals that exploit the Global South and destroy our environment. We have to lead by example and use our bargaining power to encourage countries to improve labor, environmental, and human rights across the world. Combating climate change is very much dependent on changing our foreign policy to stop the disproportionate emission contributions from our military and trade deals.

And most importantly, enough with sending our young people to the frontlines fighting wars for defense contractors and big donors. We need to invest in our troops and veterans by improving the VA and their health benefits to include free dental, vision, and other medical care. We need to provide universal housing for homeless veterans and access to mental health services to stop the public health crisis of veteran suicide. This is why it’s imperative we fight for a VA hospital in the Rio Grande Valley.