‘Our History’: New video series tells the story of LUPE through the story of our director, Juanita Valdez-Cox
By John-Michael Torres, June 13, 2022 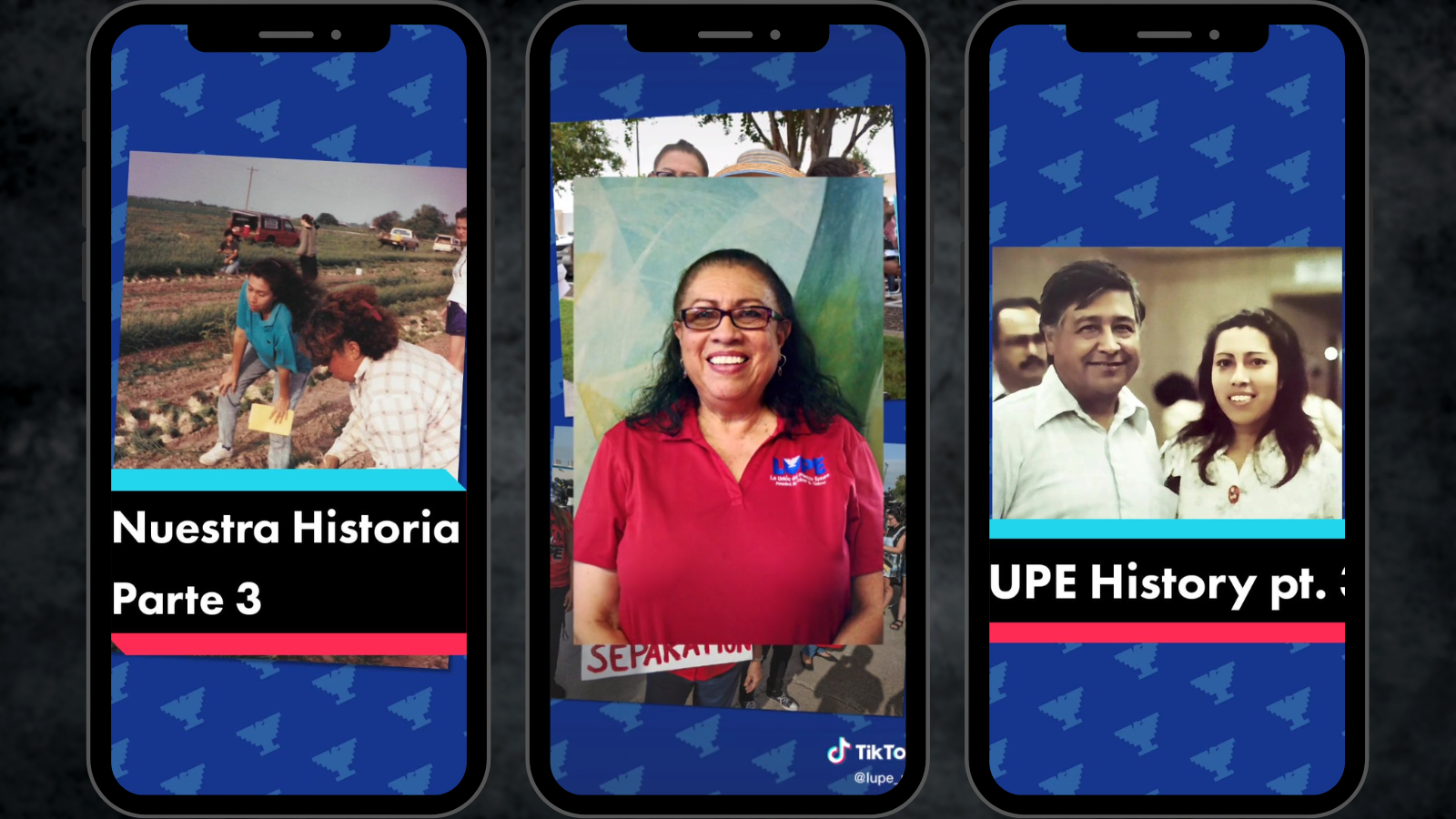 Have you ever wondered how LUPE came to be? In this series, learn the history of LUPE through the story of our executive director Juanita Valdez-Cox. If you're having trouble viewing the video, click here.

@lupe_rgv Have you ever wondered how LUPE came to be? Learn the history of LUPE and of its key player, Juanita in this series. #fyp #foryourpage #lupe_rgv #rgv #history ♬ original sound – lupe_rgv

In future episodes of the series, we will trace Juanita and LUPE's history from the farm labor revolts of the 1960s to the far-reaching civil rights laws of the 1980s, all the way to the battles for just immigration laws today. Follow our TikTok so you don’t miss an episode.

For generations, LUPE members have been on the forefront of change in our Valley through organizing and investing in ourselves. Cesar Chavez and Dolores Huerta founded LUPE with the belief that people working together can impact change.

Our work today continues the same principles and strategies that Cesar and Dolores used to build the UFW and Juanita used to build LUPE. We continue to grow what is possible for our members and their families and expand upon how LUPE can impact their lives. LUPE represents the best of what this country is now and what it can become — if only people across the nation are courageous enough to commit to the shared values and vision that have carried us thus far.

We hope you enjoy episode 1 of “Our History”. Make sure to follow us on TikTok to be the first to know when new episodes debut.

The history of LUPE, La Unión del Pueblo Entero, is closely tied with that of Juanita Valdez-Cox, its Executive Director.

Juanita Valdez-Cox was born in Mercedes, Texas in NINETEEN FORTY SEVEN. At the time her family lived in a small farming community, where they would tend crops and raise cattle.

Juanita and her brothers would help out their parents in the agricultural fields after school. It was there where she learned the adversity her family and other members in the community would face. They did not have access to clean water, hand washing stations, and restrooms. This meant workers would often fall ill from poor living conditions and constant exposure to pesticides. One of those workers, Maria, would end up hospitalized after being poisoned by a plane spraying pesticides on the farm fields.

Thankfully, a revolt against abuses was brewing in the fields. Learn how Juanita became involved with the farmworker movement in part two.

MORE IN THE ‘OUR HISTORY' SERIES

Episode 2
Learn more about LUPE, its close ties with the UFW and the Farmworker Movement in Ep. 2 of Our History series.

Episode 3
Learn about Cesar Chavez's personal message to Juanita in Episode 3 of Our History series!