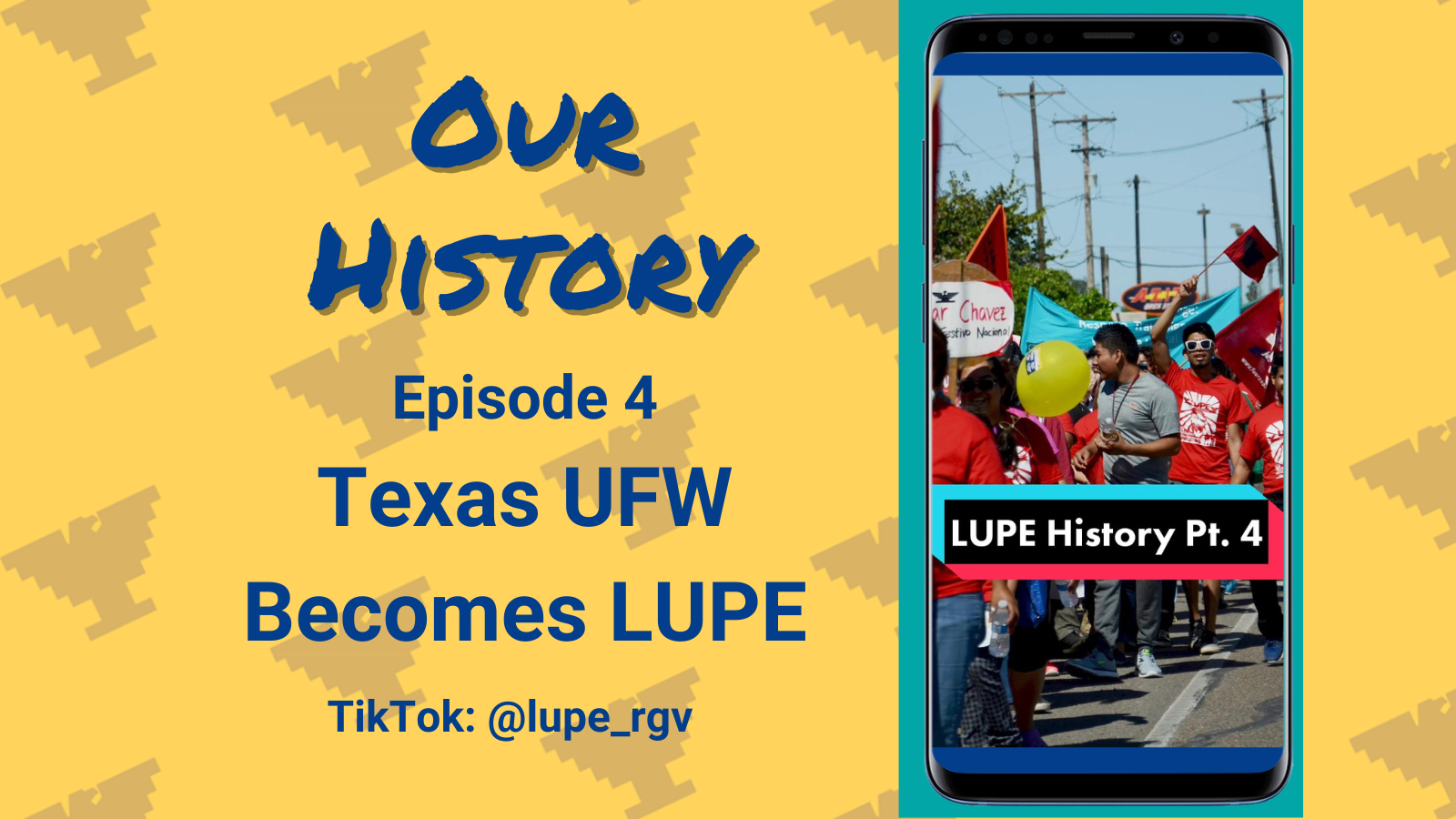 Learn about Juanita's decision to transform Texas UFW into La Union del Pueblo Entero in Episode 4 of Our History series!

If you're having trouble viewing the video, click here.

Cesar Chavez’ message of patience and methodical mobilization continued to resonate with Juanita Valdez-Cox during the NINETIES. Her arduous work with the community granted her the role of State Director of Texas UFW when Rebecca Flores stepped down to become the Vice President of the national UFW. In her new leadership position, Juanita explored ways to combat the reactionary politicians that were constantly attacking laborers and lower income communities. Her answer was to empower the members of the marginalized communities the same way the Farmworkers movement empowered Juanita growing up. This moment of realization led her to transition Texas UFW into La Union Del Pueblo Entero or LUPE, a membership-based nonprofit. With the newly available resources at her disposal, Juanita focused on inspiring and training leaders of her community to organize and fight for equal rights, infrastructure, and immigration. Today, these leaders continue their work to improve the lives of the colonias and all families residing there. La Union Del Pueblo Entero fights for immigration, worker’s rights, infrastructure, healthcare, education, and voter’s rights. LUPE now has FIFTY staff members and more than EIGHT THOUSAND members. And its Executive Director, Juanita Valdez-Cox, continues to fight for all aspects of life that her family and herself lacked growing up. To learn more about LUPE and its victories, like and follow our page, we will be posting more videos exploring the victories of La Union del Pueblo Entero.

MORE IN THE ‘OUR HISTORY' SERIES

‘Our History’ Episode 3
Lean about Cesar Chavez' personal message to Juanita in Ep. 3 of Our History series.

‘Our History’ Episode 2
Learn more about LUPE, its close ties with the UFW and the Farmworker Movement in Ep. 2 of Our History series.

‘Our History’ Episode 1
Have you ever wondered how LUPE came to be? Learn the history of LUPE and of its key player, Juanita in this series.